6th St does heavy lifting for 'West Side Story' 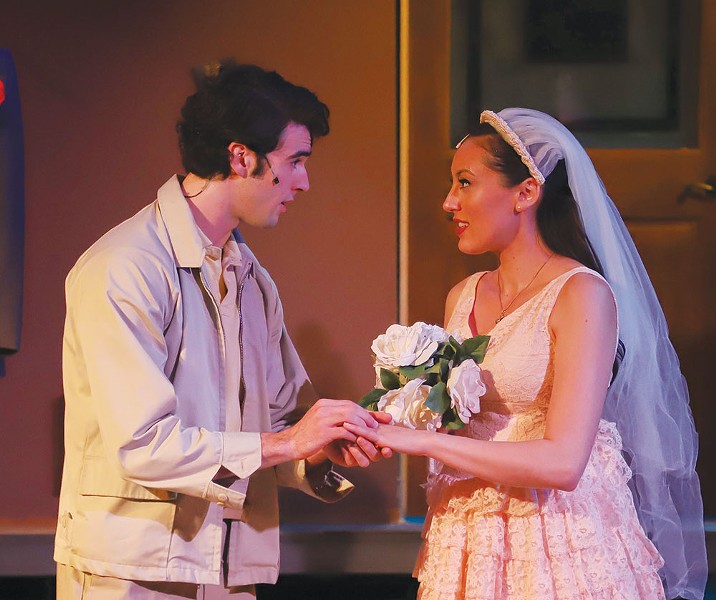 Shakespeare's Romeo and Juliet has been the source material for umpteen movies and plays. The tale of star-crossed lovers had its most successful theatrical iteration with the 1957 Broadway musical West Side Story, which is playing now through July 7 at Santa Rosa's 6th Street Playhouse.

Groundbreaking at its time for its innovations in dance and music and its frank addressing of social issues, Arthur Laurent's version of Romeo and Juliet transplanted Shakespeare's Verona to New York's Upper West Side and transformed the feuding Montague and Capulet families into rival white and Puerto Rican street gangs. Leonard Bernstein composed the music, Stephen Sondheim's lyrics made their Broadway debut and Jerome Robbins handled stage direction and choreography. West Side Story was then followed by a multi-award-winning film adaptation.

Casting requirements (and the possible criticism of "whitewashing") along with a very difficult score make West Side Story an extremely challenging show to produce, and Jared Sakren surmounted these obstacles, in part, by casting numerous Latinx performers in this production. Program bios indicate many of these performers are in, or graduated from, the Santa Rosa Junior College theater arts program, or participate in their high schools' drama or dance programs. This results in a wide range of on-stage actor experience and, while it shows, it proves to have been a tradeoff worth making.

Jonah Robinson (as Tony) and Carmen Mitchell (as Maria) have significant training and experience behind them and it shows. Both exhibit fine voice, though I found Mitchell's accent a bit forced at times, and Robinson was plagued with microphone issues at the performance I attended.

Good character work is done by Denise Elia-Yen as Anita (despite also suffering from sound issues), Justin Thompson in the dual roles of Lt. Schrank and Gladhand, and Al Kaplan as Doc. Notable among the younger cast members are Benjamin Donner (Chino), Katerina Flores (Consuela), and Noah Sternhill (Action).

Joseph Favalora's choreography honors Robbins' original work while making the necessary adjustments for the varied dance experience of the large cast. Favalora was fortunate to have a number of experienced dancers to literally do the heavy lifting.

Music director Ginger Beavers and a seven-piece orchestra more than meet the challenge of the Bernstein/Sondheim score and fill the house with such classic numbers as "Maria", "Tonight", "America", "I Feel Pretty" and "Somewhere".

Despite the obstacles any production of West Side Story faces, the 6SP artistic team has managed to mount a pretty respectable production.