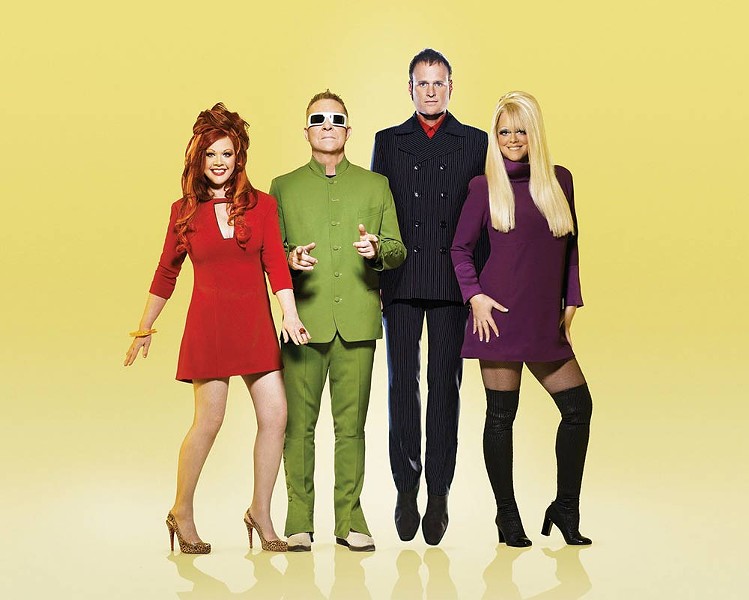 The B-52s have brought a new wave dance party to clubs, ballrooms, theaters, arenas and amphitheaters around the country for 40 years.

Front man Fred Schneider says when the B-52's came together in 1976, the reality of the music scene in Athens didn't match the mythology that now surrounds that time.

"I was visiting from Atlanta; I was really bored living in Atlanta," Schneider says. "I decided, after we jammed and I saw all my friends, to move to Athens. Then we got together to jam (regularly). There was actually nothing to do in Athens—here was no scene whatsoever."

Those days seem like a lifetime ago for Schneider, singers Kate Pierson and Cindy Wilson and guitarist Keith Strickland, who mark the 40th anniversary of the band's self-titled debut album this year.

Taking the name from a '40s beehive hairdo that resembled the nose cone on the B-52 bomber, the group dressed thrift-store chic and delivered humorous, quirky music; becoming the first Athens band to get national attention.

"When record labels started coming to Athens and Atlanta trying to get us to sign their crappy contracts, we knew something was going on here," Schneider says. "Once we signed with Warners (Warner Bros. Records), it was 'Here we go.' We've had a good run and we're still going strong."

In the middle of that run—1989 to be precise—came "Love Shack," the band's biggest hit; a song Schneider saved from being abandoned during the recording process.

"I wouldn't let it go," he says. "They were sort of giving up on it; I thought 'We've got to do something with this.' Don Was (producer) came up with the idea of putting two parts together—it wasn't anything brilliant, but it worked."

Indeed it worked. But "Love Shack" was far from an instant hit.