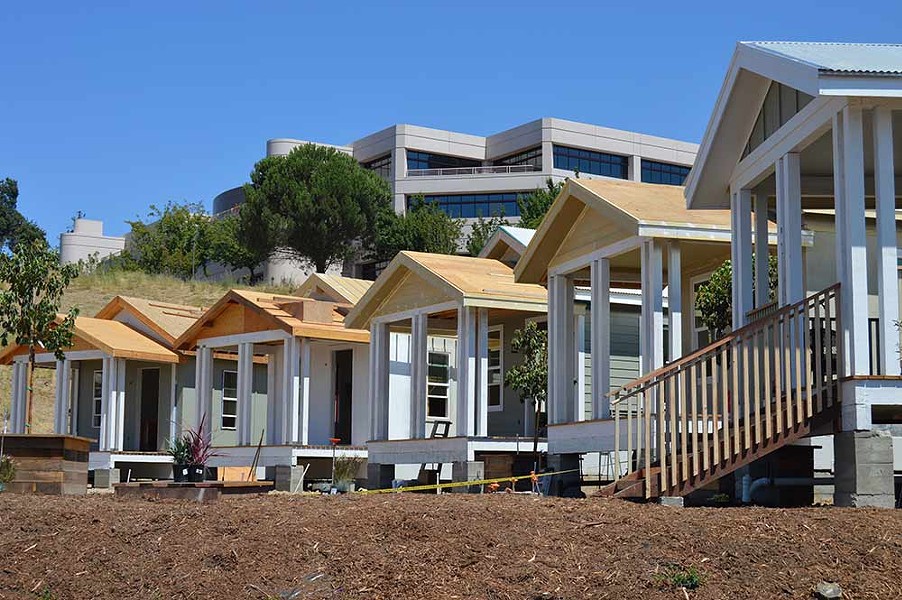 At the start of the new year, a mass of new state housing laws will kick in. Whether you rent or own in the North Bay, here are some of the new rules you should know about.

Assembly Bill 1482, formally known as the Tenant Protection Act of 2019, includes an annual rent cap and various tenant protections. It was passed in October as a compromise between renters and landlords after several years of increasingly high profile political skirmishes between the groups across the state.

Ultimately, no one seems perfectly happy with AB 1482. Tenants' advocates say it's too weak and landlords tend to cringe at any restrictions of their profits. The bill goes into effect on Jan. 1, 2020 and lasts through Jan. 1, 2030.

AB 1482 does cover more properties than were previously affected—i.e. almost no properties in parts of the state without local rent control laws—but there are still some sizable holes in this bill.

Homes built in the past 15 years, determined on a rolling basis, including accessory dwelling units, also known as granny units.

A duplex in which the owner occupies one of the units from the start of the rental agreement.

If you are covered, the law sets an annual limit on rent increases at 5 percent plus the increase in the cost of living or 10 percent, whichever number is lower.

Between April 2018 and April 2019, the cost of living rose by 3.3 percent across the state, according to the California Department of Industrial Relations.

AB 1482 also extends "just cause" eviction protections to tenants covered by the bill.

A landlord can now only legally evict a tenant for the following reasons: falling behind on rent, breaching the terms of the lease and committing a criminal act on the property.

Note: This is by no means a comprehensive guide to the new law. Do your own research on the new rules for renters and landlords or contact a local advocacy organization if you have further questions.

In the past, that work has been done regionally, leading to differing patterns of development and land use across the Bay Area.

At its core, this is the latest skirmish in the Bay Area's war over "local control" of housing policy decisions.

AB 1487 and several other bills passed in 2019 came out of recommendations floated as part of the MTC-led CASA Compact, a bundle of legislative suggestions written by a committee of lawmakers, developers and nonprofit representatives from around the Bay Area.

The final CASA Compact, which includes suggested tenant protections, land-use changes and the Bay Area regional funding mechanism, was endorsed by the CASA committee in January 2019.

However, Marin County's representatives on ABAG—Supervisor Dennis Rodoni and Novato Councilwoman Pat Eklund—and the MTC Supervisor Damon Connolly, all voted against the compact when it came before their boards. All three cited concerns about the erosion of local control, according to coverage in the Marin Independent Journal.

Since then, many of the suggestions have been passed by state lawmakers as separate pieces of legislation.

Under AB 1487, the Bay Area Housing Finance Authority, which will be governed by the MTC's existing governing board, will be able to place regional housing bonds on the ballot and then disperse the funds throughout the nine-county Bay Area.

"A regional approach is crucial to tackling our housing crisis in the Bay Area. Our challenges are inextricably linked across our region, and we need to tackle them together," Chiu told the San Mateo Daily Journal in September.

Expect debates over "local control" to continue as they have before.

In an effort to increase housing stock across the state, politicians penned numerous new laws intended to boost housing production and protect vulnerable tenants throughout the state. We'll just cover a few here.

The Housing Crisis Act of 2019 (SB 330): Written by State Senator Nancy Skinner, this law would make local governments green light certain housing developments if they meet criteria laid out in the bill. It also caps the number of public meetings about an individual proposal at a total of five.

Source of Income Protection (SB 329): This bill bars landlords from choosing not to rent to prospective tenants solely because they use Housing Choice Vouchers, the government benefits for low-income renters.

Easier ADUs (AB 68 and 69): These two bills, written by Assemblymember Phil Ting, alter the rules around the size of and locations where Accessory Dwelling Units (ADUs) can be built. These small, separated units, sometimes known as granny units, are thought to be a way suburban regions can increase housing density and affordability without building upwards.