The art of Miles Davis at Napa Museum 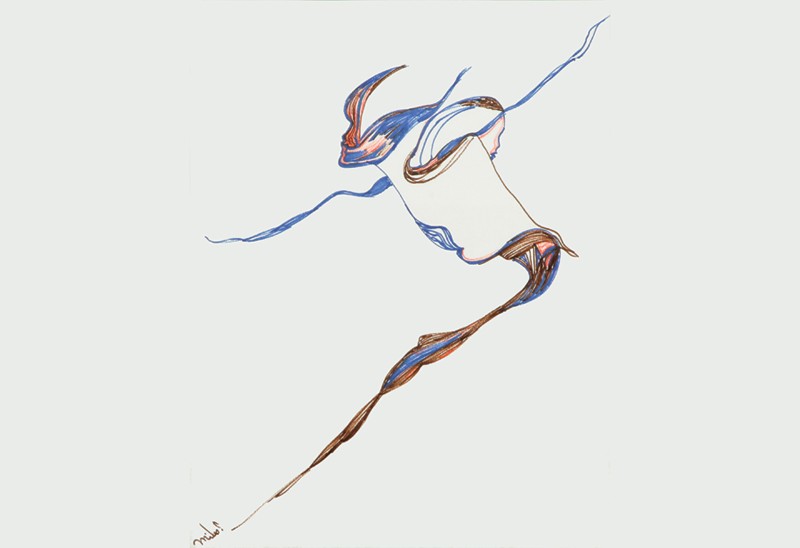 Miles Davis. The very utterance of the jazz pioneer's name evokes the sound of a muted trumpet, lyrical and soaring. Kind of Blue, the most popular jazz album of all time with over 4 million copies sold, and Birth of the Cool, the album that put cool bop on the map, are just two of the many Davis albums that shaped not only jazz, but the entire music world.

Somehow, Davis also found time to paint hundreds of works of art, 42 of which are on display at the Napa Valley Museum.

"He was the Mozart of jazz," allows Kristie Sheppard, executive director of the museum. "He completely transformed American music." But what she's most interested in is his lesser-known visual arts side. "He was a very talented painter," she says.

Sheppard isn't alone in only recently discovering this other side to Davis' career. "Miles did visual art for fun," she says. "It was his release."

The exhibit in Napa is a rare chance for the public to see Davis' paintings. This is the first time in five years his work has been on display, Sheppard explains, and the first time that so many pieces have been shown in one place in the United States.

Influenced by Picasso and African tribal art, Davis' paintings and mixed-media pieces often show the curvature of the female figure. Many pieces prominently feature lines and abstract bits of trumpet, often with lots of color. Just like his music, some pieces are more abstract than others. Many evoke the same strangeness of Bitches Brew, but some are elegantly straightforward, like Kind of Blue.

An artist through and through, Davis was also very interested in fashion. His fondness for mixed-media spilled over into his wardrobe, where his penchant for bombastic jackets and suits put him at the forefront of fashion trends. One of his suits, a red and black stunner, is on display in the exhibit. Other personal effects include Davis' high school diploma, a plaque commemorating the Grammy award for Kind of Blue and one of his trumpets. The beautiful, dark brass trumpet with his name etched in cursive on the bell is a rare sight; not only are Davis' instruments rarely displayed, but it's one of the few that he hadn't painted.

The main exhibit is a cooperative effort between the museum and the neighboring Lincoln Theater. In addition to several other events, there's a screening of the 1986 film Round Midnight on June 29 presented by Dexter Gordon's wife, Maxine Gordon, and a performance by 84-year-old drummer Jimmy Cobb, who played on Kind of Blue and several other of Davis' albums, on July 27. Edmund Ian Grant's "Jazzland and Other Stories," a complement to Davis' art, is a moderately cubist view of the musicians and clubs of the genre's golden age on exhibit downstairs from the museum's main gallery.

Though Davis died in 1991, his legacy of aural and visual art lives on. For those familiar with his music, experiencing his paintings gives another perspective of the artist's personality, and connects one more deeply with the elusive man behind the horn.