Johnson's Beach gets ready to party 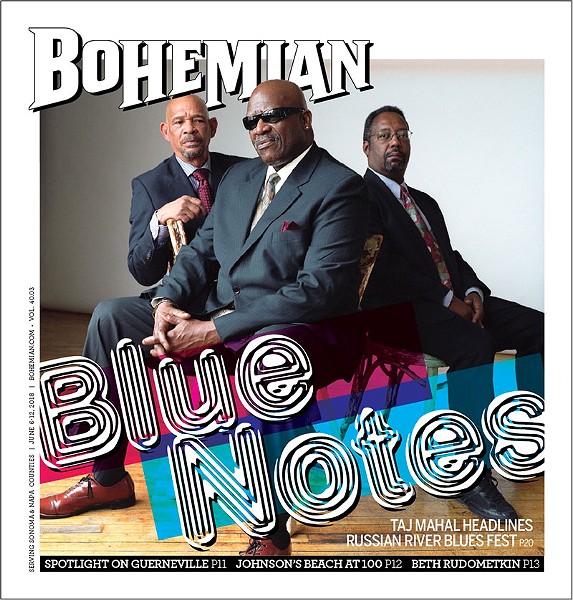 One of west Sonoma County's most celebrated vacation destinations, Johnson's Beach, located along the Russian River in Guerneville, turns 100 this summer.

Most famous as the spot of massive jazz and blues music festivals for over 40 years, the beach is also known by locals as the place to swim, sun, picnic and rent boats for a day of adventure on the river.

The beach's biggest fans are owners Nick Moore and Dan Poirer, who purchased and took over operations of the property in 2015 from longtime owner Clare Harris.

"I have been going to Johnson's and Guerneville for 35 years," Moore says. "From my college days at UC Davis, all though my career in San Francisco, I would come up every other weekend and camp and get out on the river."

"We recognized the history and reputation that Johnson's Beach had, and we didn't want mess that up," says Poirer. "We wanted to continue to keep it a family destination to spend the day or spend the weekend and have a fun, safe family time."

Located within walking distance of downtown Guerneville, Johnson's Beach is more than a stretch of sand and a boat-rental building, though even Moore and Poirer say it took them a few years of visiting to realize that the property features a hidden gem of a resort that encompasses a historic lodge, vintage cabins from the 1920s and a campground surrounded by redwoods.

"It makes a wonderful experience to camp and be able to walk right to the beach and walk into town," Moore says.

Given their deep bond with the beach, Moore and Poirier are also dedicated to continuing the music festivals that have taken place there each summer since 1976's first Russian River Jazz Festival. The jazz festival quickly became a summer staple in Sonoma County, and a blues festival was added in 1996. The blues event typically took place in June; the jazz festival happened in September.

In 2007, producers Omega Events took over operations and combined the separate shows into the single Russian River Jazz & Blues Festival that's kept the tradition of welcoming headlining acts to the river for a communal weekend each September.

This year's centennial celebration of the beach inspired Moore and Poirer to pitch Omega with an expanded summer schedule of festivities, starting with splitting the blues and jazz shows back to their separate weekends, with a two-day Russian River Jazz Festival happening Sept. 8–9, and the Russian River Blues Festival moving up to June 10 (See Music, p20.)

New this year, the beach gets its own day in the sun at the Johnson's Beach Feel Good Beach Party on Saturday, June 9. Aside from featuring headliners Goo Goo Dolls and Shaggy, the beach party boasts a localized lineup showcasing Santa Rosa rockers Kingsborough and Forestville native David Luning and his band. Eclectic Bay Area bands Royal Jelly Jive and the California Honeydrops round out the upbeat lineup.

"We're thrilled to be the custodians who can bring Johnson's Beach into another hundred years," says Poirer. "We hope that this going to be a celebratory season."