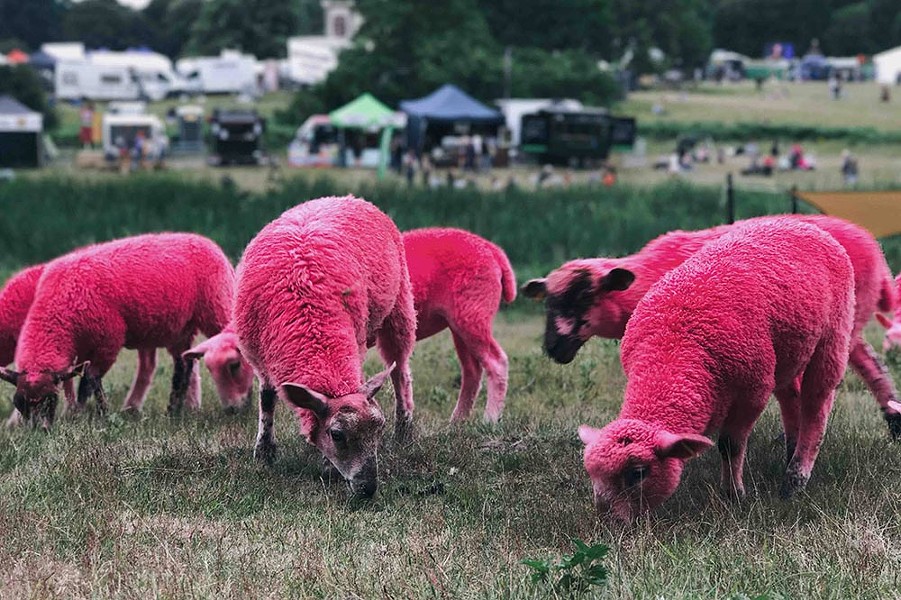 Like many of my godless generation, I know more about Marvel superheroes than I do about saints. Still, it surprised me that I had never heard of Saint Drogo—the patron saint of coffee houses—until falling into a fateful Wikipedia wormhole. Cafes and coffee houses, after all, are the proverbial third place where my ilk of creative crusader congregates. Where has Drogo been and why isn't there a Drogo blend at Starbucks?

I'll hazard a guess: Besides being the patron saint of coffee houses (which is odd since coffee didn't arrive in his native France until the 16th century—500 years after his death), Drogo is also the patron saint of sheep. This makes sense since he was a shepherd. He also lived in a cell appended to a church wall so the villagers wouldn't have to look at him after a disease disfigured him whilst pilgrimaging across Europe. With sheep. You know what kind of medieval disease can disfigure you? Syphilis. You know where this is going?

Since the church requires living a life of "heroic virtue" for sainthood, I'd venture that the Church overlooked this in light of his alleged miracle—an ability to bilocate—meaning, he could be in two places at the same time. Witnesses claimed to see Drogo in church when other witnesses simultaneously saw him with his sheep.

This is a superpower more Marvel than Catholic, IMHO, or at least some order of quantum chicanery on par with superposition. But there's more to ponder for the bilocation-curious per a back issue of Discover Magazine:

"About 80 years ago, scientists discovered that it is possible to be in two locations at the same time—at least for an atom or a subatomic particle, such as an electron," wrote Tim Folger. "For such tiny objects, the world is governed by a madhouse set of physical laws known as quantum mechanics. At that size range, every bit of matter and energy exists in a state of blurry flux, allowing it to occupy not just two locations but an infinite number of them simultaneously."

So there. Maybe Drogo existed in a state of blurry flux (a.k.a. over-caffeinated). Somehow, he's not the patron saint of physics but they do recognize him as the Pythonesque saint of the "those whom others find repulsive." And that's not too baaaaad.