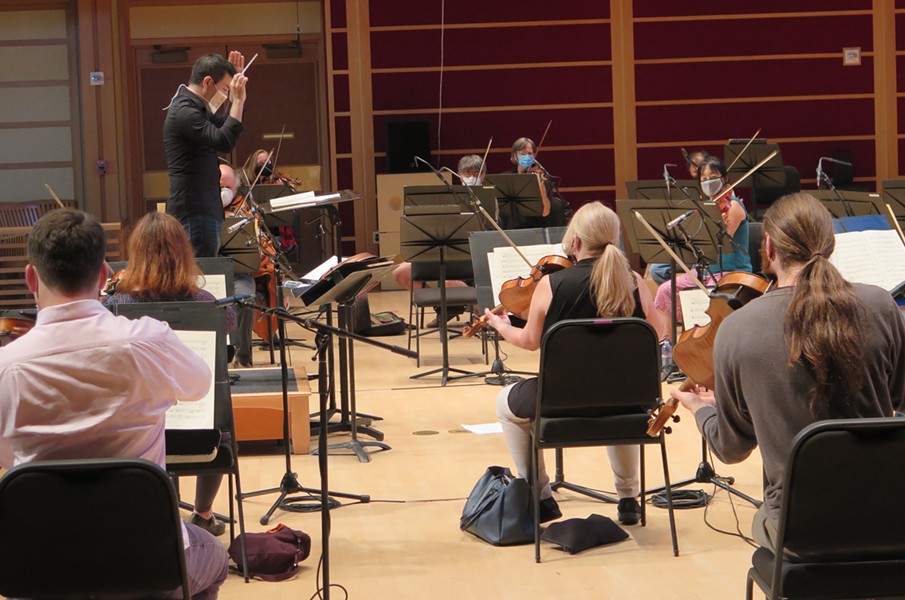 The Santa Rosa Symphony, the resident orchestra of the Green Music Center, is among the many arts and music organizations that has changed it’s production model in the face of a pandemic that makes live performances impossible for the time being.

In reimagining their planned 2020-2021 concert season, the Santa Rosa Symphony presented its first 'SRS @ Home' virtual concert on Oct. 11, recorded on the Weill Hall stage at the Green Music Center and available to view for free on YouTube.

The decision to move the performance online and to make the concert free of charge proved to be a success, and the symphony is reporting that their inaugural virtual presentation exceed expectations and drew nearly 3,000 unique viewers when it premiered.

"We are so thrilled at the response to these virtual concerts,” SRS President and CEO Alan Silow says in a statement. “The challenges of implementing appropriate health and safety protocols and obtaining approvals, which spanned months, has paid off with an unprecedented dividend."

The Oct. 11 virtual concert was enhanced for the at-home audience with live pre-concert talks and post-concert Q&As with the symphony's conductor and music director, Francesco Lecce-Chong, as well as introductions of the pieces from the musicians.

"What an absolute joy to be on stage again with my fine colleagues, making music together and sharing it freely with the world," Lecce-Chong says in a statement. "This model affords our audiences a closer look at our exquisite hall and the programming beautifully showcases the tremendous talent within our orchestra. I'm so very grateful to all of the musicians, everyone in our organization and to our loyal patrons for making this successful event possible and helping to pave the way forward."

"I am delighted to showcase several of our own musicians as soloists on this program, violinists Jay Zhong and Michelle Maruyama, and cellist Adelle-Akiko Kearns," Lecce-Chong says.

The Nov. 15 virtual concert will again feature a live pre-concert talk by Lecce-Chong at 2pm. The music starts at 3pm, and the concert is followed by a live post-concert Q&A.

All three elements of this event will be free, though donations to support the ongoing music and outreach programs of the symphony will be gratefully received during the event. The Santa Rosa Symphony’s comprehensive music education programs serve nearly 30,000 youths annually, and the symphony has gained national attention for its work in collaboration with Sonoma County schools and organizations.

Get details on the 'SRS @ Home' virtual concert series at srsymphony.org or facebook.com/srsymphony.