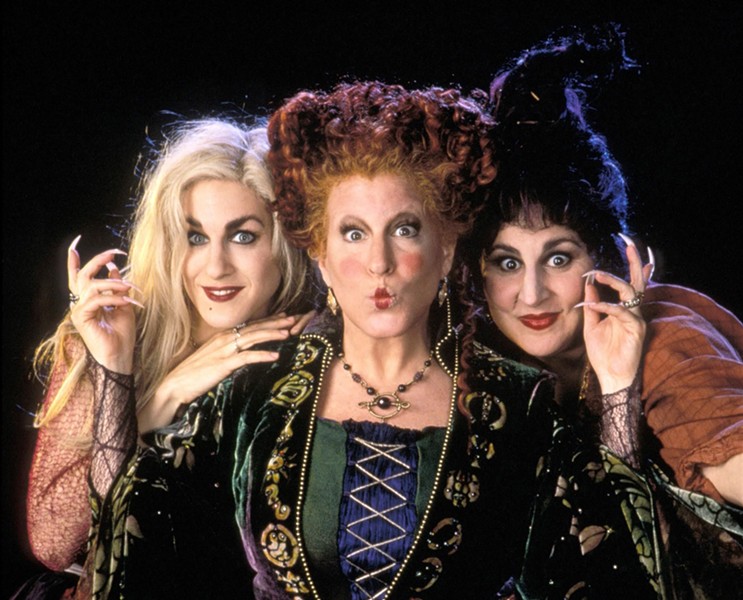 “They’re coming to get you, Barbara!” So far, 2020 has felt a bit like a horror movie. Currently, the North Bay is enduring a global pandemic, braving regular attacks from wildfires and preparing to vote in one of the most dramatic elections ever.

So, who wants to go to the movies?

Turns out, a lot of people do, and cinemas in Marin County and Napa County are reopening at limited capacity while Drive-In Theaters continue to pop-up outdoors in Sonoma County. With Halloween around the corner, now’s the time to escape from today’s horrifying reality and enjoy an old-fashioned scare on the silver screen.

Tonight, Oct. 22, the horror fiends at CULT Film Series conspire with the Luther Burbank Center for the Arts in Santa Rosa for a drive-in screening of the classic granddaddy of zombie-flicks, Night of the Living Dead. Writer-director George Romero’s 1968 low-budget film was a groundbreaking achievement in horror, and it spawned the zombie genre as we know it today. The movie was also a major Drive-In hit back in its day, and tonight’s screening offers old-school chills. Gates open at 6pm, and tickets are $25 per car. Lutherburbankcenter.org.

This weekend, the Alexander Valley Film Society screens a friendlier Halloween favorite, when they present the 1993 family-film Hocus Pocus as part of its Carpool Cinema series. While Hocus Pocus did not exactly cast a spell on the box office when it premiered in the early ‘90s, the witchy comedy starring Bette Midler, Sarah Jessica Parker and Kathy Najimy has developed a cult following. On Saturday, Oct. 24, the AV Film Society turns the Cloverdale Citrus Fairgrounds into a Drive-In to screen the film in English, with Spanish subtitles. Gates open at 6:30pm, and tickets are $30 per car. Avfilmsociety.org.

Hocus Pocus is also playing in St. Helena for Halloween, as the Cameo Cinema presents a “BYOB (Bring your own Broom)” screening on Oct. 31. The night before, on Oct. 30, Cameo Cinema is also screening a horror classic from one of wine country’s favorite directors when it presents Bram Stoker's Dracula. The 1992 film from director Francis Ford Coppola is heralded as a faithful and ambitious adaptation of the 1987 novel that introduced the world to the most infamous vampire of all time. Both movies screen at 7:45pm, and tickets are $10. Cameocinema.com.

In Marin County, the Lark Theater and The Village at Corte Madera are still hosting Lark Drive-In: Movies Under the Stars screenings at the Village’s north parking lot, and the series goes all out for Halloween weekend with several spooky, scary and fun movies Oct. 28–31.

First up, on Oct. 28, the classic story of “Frankenstein” plays out from the National Theatre stage in London in a screening of the stage play, filmed in 2011 and starring Benedict Cumberbatch (Dr. Strange) and Jonny Lee Miller (Trainspotting) in a production directed by Danny Boyle (Trainspotting, Slumdog Millionaire). On Friday, Oct. 29, Lark Drive-In presents a double bill featuring the original Ghostbusters and the recent mockumentary What We Do in the Shadows. The next night, on Oct. 30, the horror-comedies continue with a double bill of Beetlejuice and Shaun of the Dead. Finally, on Halloween night, Oct. 31, Lark Drive-In presents two late-night classics, screening Young Frankenstein and The Rocky Horror Picture Show. Showtimes vary, tickets are $15-$30. Larktheater.net.

Other movie theaters in Marin and Napa County that can reopen at limited capacity include the Century Northgate in San Rafael and the Century Rowland Plaza in Novato, as well as the Century Napa Valley in Napa. All these theaters are offering special Halloween screenings of classics like the North Bay-shot Scream and others. Check with the theaters for times and tickets.

All of these theaters are also practicing CinemaSafe protocols, enforcing social distancing seating and touch-less concessions among other health and safety measures. Get more details on this program at CinemaSafe.org.