Healdsburg gets a short film festival 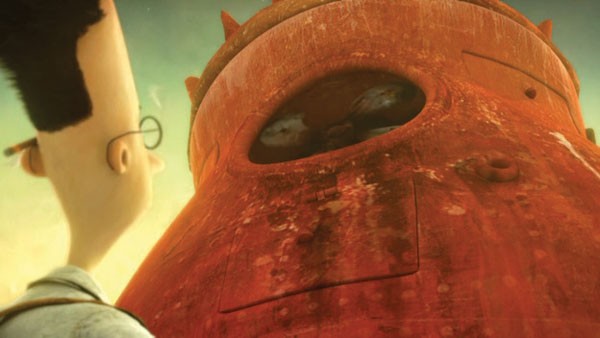 Tom Waits, Kathleen Brennan, Ed Begley Jr., John Shapiro and Jack McGee make up the jury for the Healdsburg International Short Film Festival this weekend. But co-founders Kirk and Pamela Demorest are no strangers to film, either, with ties in Hollywood and a collaborative credit on The Daffodils Are Blooming, shot in west Sonoma County.

"We love short films and actually wanted to do an online film fest, but we decided we wanted a community involved," Kirk says.

Thought the fest was held last year in Bodega Bay, Robert Weiss of the Healdsburg Center for the Arts is now lending support, and the Raven Film Center is the fest's new home.

"The festival is going to permanently reside here," Kirk explains. "Healdsburg has so much accessibility and infrastructure, and when people hear about the place, they think about wine, spas and B&Bs."

The Demorests aim to add film to that list. Films from Sweden, Macedonia and Australia are on tap, including Aussie Oscar winners Shaun Tan and Andrew Ruhemann's amazing Lost Thing, with its elements of Lovecraft, Gahan Wilson and Brazil-style dystopia. There are local filmmakers, such as Geyserville's Richard Stilwell, whose What You Give Is What You Get details an encounter between a widow and a Spanish-speaking day laborer. Area filmmaker John Harden, of last year's chalk-talk The Story of Sputnik, this time brings Angst, another of what Kirk calls "micro-films."

Some directors are attending from as far afield as Asia. Director Tina Pakravan arrives from Iran to present her short anti-war film It Was My City, directed in one long take. Natasha Novik (The Equator, 2007) is traveling from Russia with her short film The Cart.

Some 50 short films for the audience. Prizes for the winners. Some of the best wine in the world to console the losers. It all works out.