What quake? The Napa Valley Film Festival rolls on 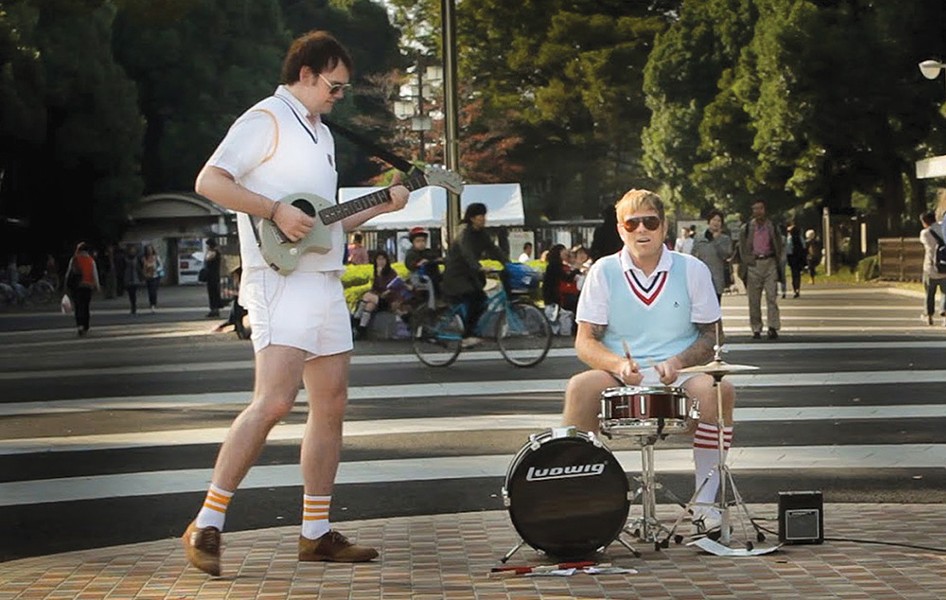 Not even the rumble of the Napa quake could stop the Napa Valley Film Festival (NVFF) from going off Nov. 12–16.

Mention the word "lounge" and images of cocktail-swilling swirl—much like you'd expect to feel after one too many drinks. The 90-seat Lounge at the Napa River Inn will feature edgy flicks that are slightly off-kilter. Case in point: Big in Japan. For Seattle rock band Tennis Pro, performing in their tennis whites hasn't done it for them, so the band flees to Japan to resurrect their career in this semi-fictional story. Expect a live performance—sweatbands and mullets may be required.

Gone Doggy Gone follows a family whose beloved pooch has gone missing. Mudbloods will score with Potterheads, which demystifies the full-contact sport of Quidditch, once reserved for witches and wizards. Filmed in San Francisco, Bar America, with Chris Candy, strikes a seedy and sweet chord when a bar-based webcast goes rogue and reveals the good and bad of social media.

Mainstream film fans have reason to dig in starting with Wednesday's opening-night screening of The Imitation Game with Keira Knightley. Downton Abbey fans can rally around Allen Leech, who will walk the red carpet for the film's screening. On Thursday, Kevin Costner steps back into the spotlight for Black and White. Costner will also be honored at Friday's Celebrity Tribute, alongside Michelle Monaghan and film and Broadway star Jeremy Jordan.

In Supermensch, funnyman Mike Myers goes behind the camera to document the career of Shep Gordon, who built a career as a talent manager after a brush encounter with Janis Joplin and Jimi Hendrix. Myers and the real Shep Gordon will roll down the red carpet before the Thursday screening at the Uptown.

Fans of Adult Swim co-creator Dan Harmon can get their fill at Harmontown, which follows Harmon on tour for his maniacal podcast of the same name. Tear-jerking queen of the screen Shailene Woodley will be on hand for the Sunday showing of The Fault in Our Stars.

The documentary I'll Be Me follows country crooner Glen Campbell on his final tour after a recent Alzheimer's diagnosis effectively ended his career. Campbell's family will join in a Q&A after the final screening of the film.

Once you tire of all the screen talk, swirling and sipping await. Yountville's culinary stage serves a popcorn and wine pairing and the "We're Drinking Merlot" panel with Wine Spectator's James Laube, honors the 10-year anniversary of Sideways, which screens prior.