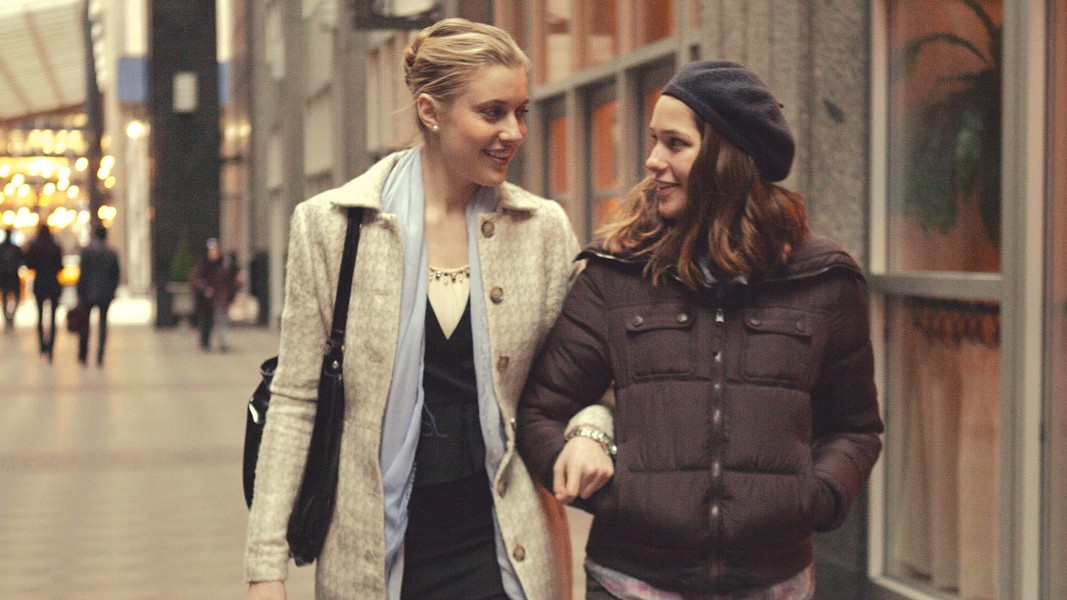 More haywire than fashionably brittle, Noah Baumbach's Mistress America is built on a Berlin Stories/Breakfast at Tiffany's model. It's told in the second person: a poem to a breathlessly blithe young lady, Brooke (Baumbach's co-writer and live-in Greta Gerwig).

Brooke survives with little visible means of support other than the help of off-screen boyfriend Stavros. She's idolized by the young woman who will become her sister by marriage, a budding, alternately too shrewd and too sentimental college student named Tracy (Lola Kirke).

Out of options one weekend, Tracy scrolls through the names on the cracked screen of her cell phone and decides to introduce herself to her new stepsister. Brooke lives in Times Square, she says—Hell's Kitchen is more like it. Baumbach tries to set up a visual explosion of bright lights after the wet autumn leaves and mean, droning classrooms of the film's beginning.

The women have cross-purpose conversations. One dialogue starts out being about a dead mother and ends up being about frozen yogurt. Brooke talks so fast that she has conversations with herself. This can be funny, as when she defines the word "autodidact" as "that word I self-taught myself."

On the advice of a psychic, Brooke leads an expedition to the mansion-land of Greenwich, Conn., to visit her wealthy former boyfriend (played with it's-great-to-be-the-king brio by Michael Chernus) and find financing for her new project.

The settings and screwballism of the second half give you more air and space and less monotonous focus on Gerwig. But Mistress America doesn't mesh. It's as if Baumbach is trying to bind two disparate eras of his life: squidlike climbing writer on the way up, and sedate, whale-like indie-movie success.