Cannabis club vs. pickleball at Oakmont 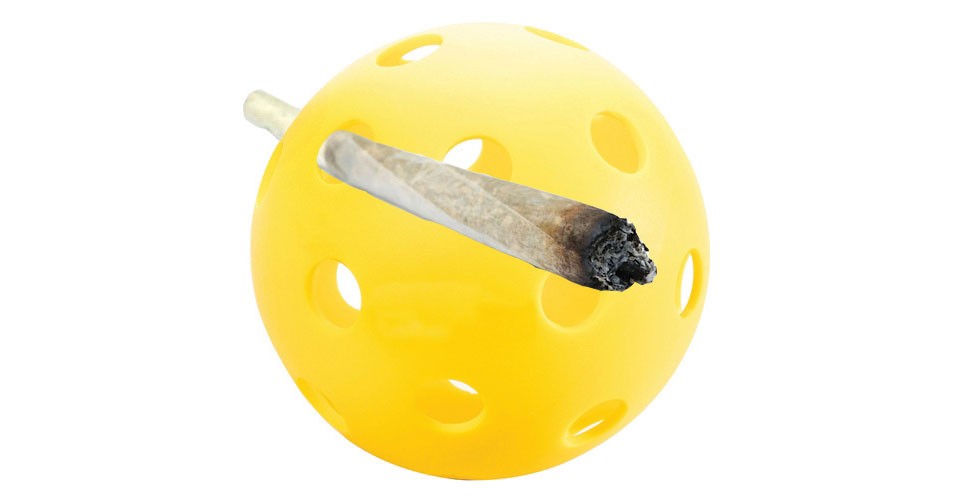 The medical marijuana dispensary located on Todd Road in Santa Rosa is hosting a field trip of sorts for the recently established Oakmont Cannabis Club. Members of the club, most of whom are residents of the Oakmont Village retirement community, peruse the dispensary shelves in search of alternatives to what ails them.

Oakmont Village resident Tina Hoogs, a founding member of the Oakmont Cannabis Club, studied medicinal marijuana at Oaksterdam University in Oakland, which touts itself as "America's first cannabis college." Hoogs envisioned the club as an alternative for members of the retirement community disillusioned with the cost and effectiveness of traditional pharmaceuticals.

"It's about making it less mysterious for most elderly people who have a preconceived notion that a dispensary is like a headshop," Hoogs says.

Last May, Hoogs, founding member Jim Byrne, and club spokesperson Heidi Klyn put up a flyer proposing the club to Oakmont residents. "The first day we thought we'd get maybe 10 people. We had almost triple that," Hoogs says.

The Oakmont Village Association eventually held a meeting and voted in favor of formally recognizing the club as an organization; now, more than a year later, the club has over 200 members.

Retirement communities have long been synonymous with more traditional recreational activities like arts and crafts, gardening and pickleball—the last of which caused a minor scandal in Oakmont Village over the construction of new courts in 2017.

"During that whole pickleball controversy I said, 'Can't we all just a get a bong?'" Byrne says. He estimates that the club has helped anywhere from 50 to 100 members successfully quit opioids.

"What seniors stand to benefit the most from legalization is treating their ailments with minimal side effects," says Michael Zick Doherty, a business and marketing consultant in the Sonoma County cannabis scene who hosted a workshop for the club on how to properly extract cannabis to infuse into edible substances like butter or oil for cooking. "We would love to see the club become a model for other senior residential communities in the area," he says.

Despite issues and concerns associated with legalization for senior citizens—the cost, feeling comfortable in dispensaries—the potential of the plant's healing power can't be overlooked.

"I know one person who has been battling breast cancer, and felt that chemo was literally killing her, and chose to use cannabis instead," Hoogs says. "A year and a half ago she looked like very ill, and now she seems like a picture of health."