Sonoma County Museum partners with SFMOMA for 'Photography in Mexico' 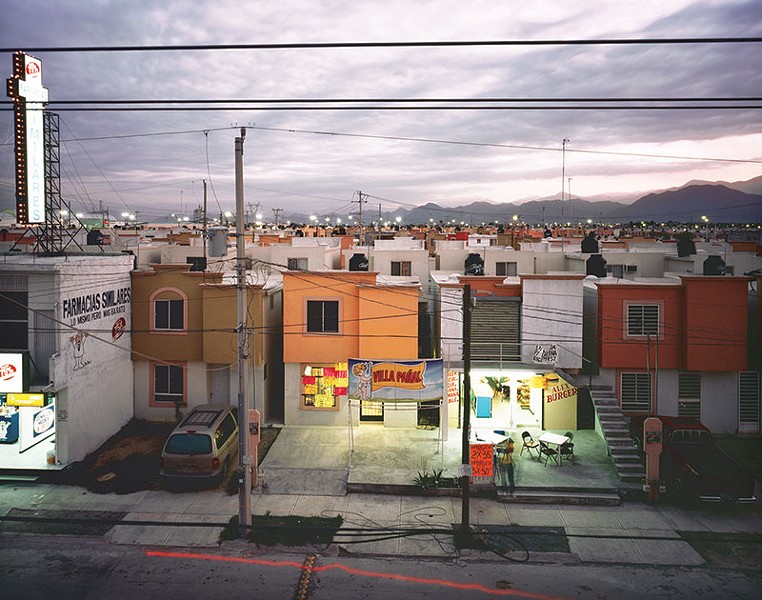 The San Francisco Museum of Modern Art is temporarily closed, and that's good news for the Sonoma County Museum—it allows, for the first time, a collection of photographs from SFMOMA to appear north of the Golden Gate.

The exhibit, "Photography in Mexico," opening Saturday, Sept. 28, previously showed at SFMOMA two years ago. In San Francisco, the number of photographs was staggering, but SFMOMA photography curator Corey Keller says she's going to hang most of the exhibit in the smaller Sonoma County Museum.

Arranged chronologically, the exhibit begins with Edward Weston's work from Mexico in the 1920s. "I always loved the Westons, because he comes in with a foreigner's eye to look at this culture that's unfamiliar but really inspiring to him," says Keller. "He so appreciates the shapes that were already there."

From that time, photographers in Mexico started to embrace their own style. "There had been very painterly and pictorials before that, and so the direction of Mexican photography changed," says Keller. "What the Mexicans really did is took the formal lesson, but they added the political aspect to it. The pictures really marry the aesthetics and the politics."

Mostly in black and white, some of the images show famous subjects like painters Frida Kahlo and José Orozco, and Rodrigo Moya's iconic photo of Che Guevara, but most are shots of everyday life. The 1979 photograph Our Lady of the Iguana, shows a Zapotec woman from southeastern Mexico with a crown of live lizards, and recent work in color shows the rolling hills of Mexico City covered with houses far as the eye can see. The diversity of the exhibit combines rural and urban, old world and new realities, young spirits and old souls, all from one country and almost entirely through the eyes of its own people.

When SFMOMA reopens, it will be almost three times its former size, taking up an entire city block and rising to seven stories. As if taking a cue from its well-funded cousin, the Sonoma County Museum is also expanding.

After abandoning plans to move into the long-delayed development at the former AT&T building in downtown Santa Rosa, the museum will expand into the old Conklin Brothers building next door to its current location, which it owns. "I think this is a better building," says Sonoma County Museum executive director Diane Evans. "The space we were going to have there had a lot of challenges, and it was actually smaller."

When construction is complete, the current museum will house historical exhibits, with the new space dedicated to art. Beginning in December, the large warehouse space will house monthly pop-up art nights, for which the museum is currently accepting applications, promising a stipend and staff in exchange for ideas, organizing and, of course, art. (Applications can be accessed at sonomacountymuseum.org.) "There are a lot of creative people in this community," explains Evans, "who maybe don't have a venue to try something experimental."