Trying to keep quiet about 'The Shape of Things' 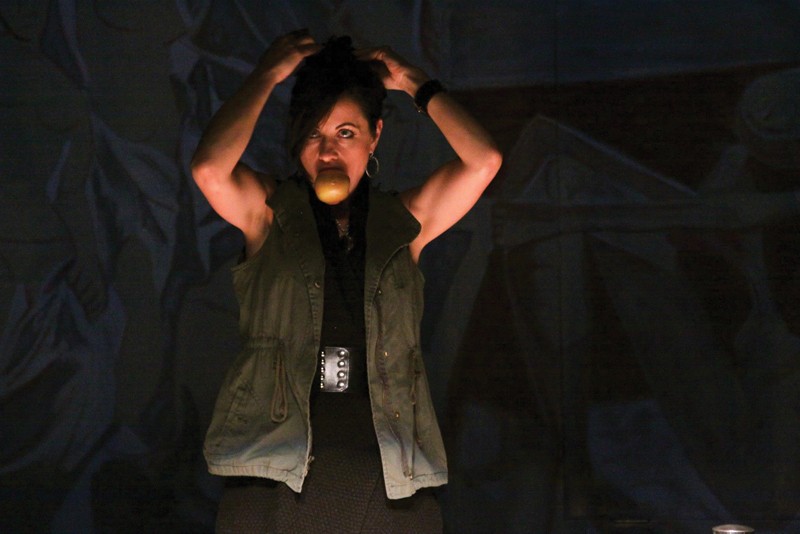 Neil LaBute's Shape of Things is hardly a fragile play. The writing is tough, aggressive and packed with memorable, quotable lines. The story is immediately engaging, and LaBute's four young college-grad characters are all rich, human and well-defined.

But I still feel I must be very cautious in describing The Shape of Things, now running at Main Stage West, because the experience of watching it for the first time is greatly enhanced by a certain sense of shocking discovery, a series of ingenious surprises and a whopper of a twist, constructed in such a way that the effect could be ruined were too many details revealed.

All of which makes reviewing the show extremely tricky.

Suffice it to say that The Shape of Things takes place at a small liberal arts college (possibly based on Brigham Young University, which LaBute attended), where a smart but insecure lit major named Adam (another brilliant, risk-taking performance by Keith Baker) is stunned to have attracted the interest of a gorgeous and self-assured, if slightly intense, art major named Evelyn. As Evelyn, Jennifer Coté is scathingly effective, though her strong performance might have benefited from a bit more variation and softness, especially early on when Adam is falling for her.

Adam—whose best friends Philip (John Browning, extremely good with LaBute's sardonic language) and Jenny (Dana Scott, vulnerable and sweet) are initially surprised at the effect Evelyn has on their friend—allows his new girlfriend to slowly transform his appearance: new hair, new clothes, new contacts. Eventually, Adam's friends grow alarmed as his personality begins to change as well. But to say more would risk dampening the impact of the story.

Directed with a keen sense of balance, never letting the script's comedy or darkness tip the scales too far, The Shape of Things is further proof that LaBute (In the Company of Men, Fat Pig, The Mercy Seat) is one of the theater's best modern chroniclers of the uneasy relationship between educated, upwardly mobile human beings in an age when cruelty is often viewed as an enviable asset and kindness is akin to social surrender. His are angry yet funny plays, requiring actors who are able to deliver his hyperverbal dialogue while suggesting more than one conflicting motivation.

Sure to provoke debate with its vicious insights and uncompromising pessimism, The Shape of Things is smart, brilliant, nasty and savagely entertaining.