This year's quickies: the Oscar-nominated shorts 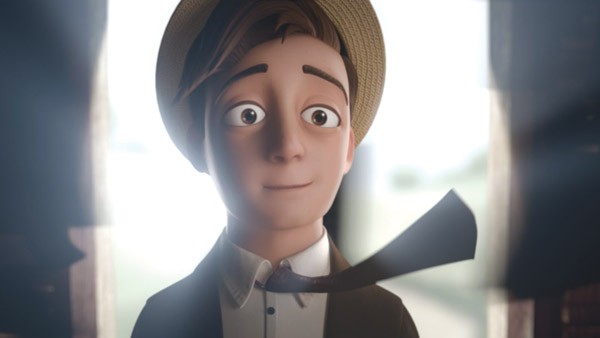 For your Oscar betting pool on animated short subjects, note that the big nominations this year went to backward-looking films (Hugo, The Artist, et al.). Thus Moonbat Studios, creators of The Fantastic Flying Books of Mr. Morris Lessmore, should be clearing some mantle space. Not that I want to jinx this Shreveport-made nonesuch, with its nods to Buster Keaton. In it, the straw-hatted hero is transported to a land of living books that fly like birds, with a fantasy appeal on par with the Burgess Meredith Twilight Zone about the man who finally found time to read.

With the exception of Pixar's fatally cute La Luna, the competition is first-rate. Two Canadian cartoons remind us that the National Film Board used to make some of the finest animation in the world. Dimanche observes a little boy of the early 1960s, being bored half-way to death on a provincial Sunday. He's diverted by the oversized trains that rattle his town, which looks spindly and angular, like a Paul Klee drawing. Fortunately, he has a pal in the form of a bear—taxidermied, but still alive. The film is wordless save for the semi-human sounds of aged relatives nattering through their family visit, and the rasps of their snores in church pews and overstuffed chairs.

The remarkable Wild Life has Egoyan-worthy indirect storytelling and matching swirling paint graphics that recall the work of that giant among Canadian animators Caroline Leaf. Set in 1910, it's about what they used to call a "remittance man," a British expatriate with inherited money and little sense. He is bewitched by the Alberta prairie, where the foolish don't survive.

If the Oscar were mine to give, it'd go straight to A Morning Stroll, though it's probably too ghastly for the Borgnine-aged voters on the Academy. A glimpse of 200 years in the life of a phenomenal urban chicken, the short film is funny, stylish and imaginative. And, yes, it has zombies.