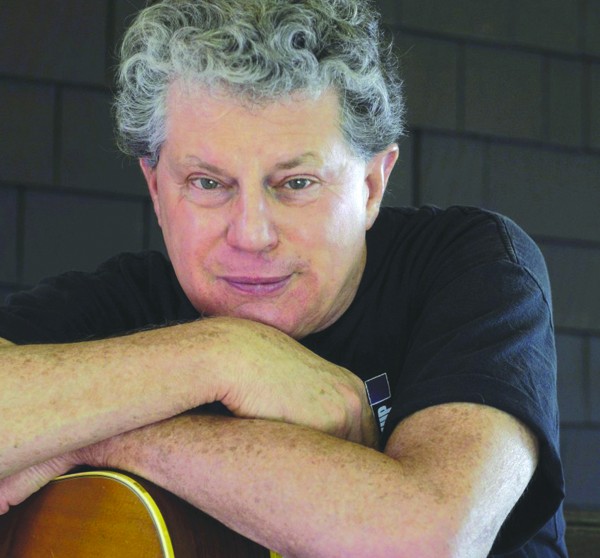 "I'm just a political person, and that's who I am," admits singer-songwriter Si Kahn, lyricist of the new musical-comedy Silver Spoon. Also a lifelong union organizer and activist, Kahn is speaking on the phone from his home in Charlotte, N.C., from where he's been commuting to Sebastopol to tinker on the musical. The play receives its West Coast premiere next week at Main Stage West theater.

"I've spent my entire life as a labor organizer, a community organizer," Kahn says, explaining the link between his activist life, his songwriting efforts and his work as a composer of songs for musicals.

"I am interested in honoring people's experiences," he continues, "which is a lot of what writing songs for different characters is about. In my songs, I'm always going for the heart and the head. My goal, as a songwriter and a performer, is to create a space in which people are able to feel an emotion. They may cry, they may laugh, they may feel something deeply that changes their mind about the world. Because I'm who I am, I also try to create some political space, so people can say, 'You know what, I am really mad about that, and I'm going to go out and do something about it.'"

In Silver Spoon, written by Boston playwright Amy Merrill, Kahn manages to do all of those things at the same time. Directed by Elizabeth Craven, the intimate romantic comedy is a bit of a Romeo and Juliet story, following the unlikely love story of Polly (Heather Lane), the daughter of a wealthy Wall Street family, and Dan (Peter Warden), who is organizing a nation-wide grape boycott that has been hitting the family's financial interests. Set in the 1960s, the cast of characters includes Polly's conservative grandfather (John Craven) and Dan's progressive mother (Karen Pinomaki). The music is directed by Dave MacNab.

The show had its world premiere last year in Cambridge, and has undergone a number of changes since, including the addition of a few new songs. According to Kahn, since beginning work on Silver Spoon six years ago, the process has included a fairly regular removal and addition of songs, dropping those that no longer work, discovering that new songs were needed in different places.

"There's a song called 'We Will Hold the Line,'" he explains, "which wasn't in the early drafts of the show. At one of our many meetings in preparation for the world premiere in Cambridge, the director of that production, Danny Gadron, said, 'You know, we hear a lot about what a great organizer Dan is, but we never actually see him organizing.' So I went home and I wrote the song."

As a touring musician with an enormous folk-music fan base, Kahn finds that he often performs songs in concert that he wrote as part of a musical. He's contributed to several musicals over the last few years and finds that they have a way of affecting people in concert that's different from how they affect people in the show.

"Theater isn't just about telling stories," Kahn says. "There has to be emotional involvement, and for the show to be successful, it has to lift people out of their everyday selves. For one moment, there in the theater, the audience is transfixed, and maybe they are even a little transformed. Good theater makes people forget who they are, as they become involved with the lives and emotions of the characters onstage.