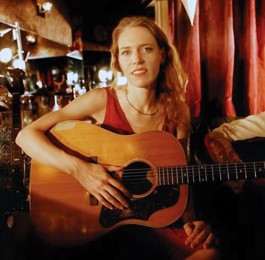 In the 1970s, the term "cosmic American music" was often applied to Grateful Deadinspired country acts who evoked a certain eerie wonder. With her incredible third album Time (The Revelator) and rich follow-up Soul Journey, Gillian Welch and partner David Rawlings singlehandedly revived the term, with spooky harmonies, angular solos and breathtaking songwriting. But in Welch's long-awaited new album The Harrow and the Harvest, her first in eight years, the cosmos has left the building. The straight-ahead melodies and traditional Appalachian folk structures prevalent on her first two records are here on every track, leaving Harrow sounding more like a Doc Watson record from 1966 and less like the record her fans may have been expecting after the close of Soul Journey's magnificent, full-band anthem "Wrecking Ball." A lone exception here is the ominous "Dark Turn of Mind," with minor-major changes as strange as the cover art by famed death metal illustrator John Dyer-Baizley and lyrics befitting of the outer planes.