Can 'genius' be detected in infancy? 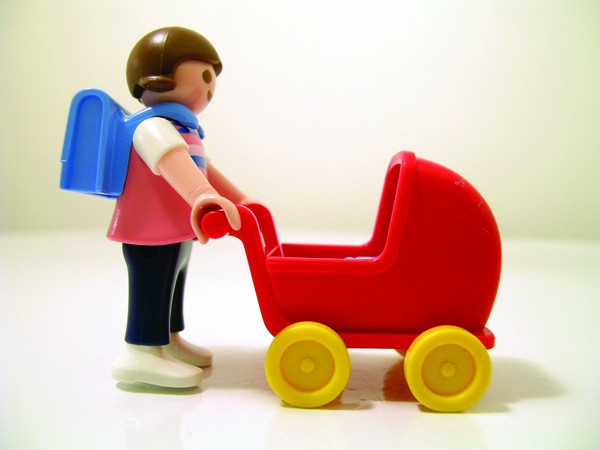 Four-year-old Heidi Hankins was all over the news recently. According to the Daily Mail, she "has an IQ of 159—only one point below Albert Einstein's—and has become one of the youngest members of Mensa." As her father has pointed out, she has always shown an intense need for intellectual stimulation, bursting at the mouth to speak at birth, acquiring vocabulary by the age of one and voraciously reading through all 30 books in the Oxford Reading Tree set in an hour by the age of two.

We don't know just how much of this is true, but assuming it is, Heidi's case raises an intriguing question: can high intelligence accurately be detected this young?

In the late '80s and early '90s, Joseph Fagan and his colleagues tested 61 infants between seven and 12 months of age on their ability to selectively attend to novel pictures. First they showed the infants unseen pictures (e.g., the face of a baby) for only a few seconds. Then they kept pairing old pictures with new pictures, and recorded how long the babies looked at the old pictures. The idea is that smarter infants get bored faster by looking at pictures they have already seen. The researchers then followed up with subjects in this group when they reached the age of 21, testing their IQ scores and looking at their academic achievement. How well did this simple test in infancy predict later performance?

Strikingly well. The infant-attention test given during the first six to 12 months of life was significantly correlated with both adult IQ (.34) and academic achievement (.32). What's more, these correlations were independent of the education levels of their parents. This is rather impressive considering that this was a very brief test lasting only a few minutes, given to them when they were just infants. To put these numbers in perspective, these correlations are identical to the correlation found between SAT scores and college GPA.

They also found great consistency; IQ scores at age three were strongly correlated with IQ scores at age 21 (.70). What's more, both IQ assessed at age three and IQ assessed at age 21 were correlated with academic achievement at age 21 about just as strongly (.60 and .70, respectively). This is consistent with research by Susan Rose at the Albert Einstein College of Medicine and her colleagues that found striking consistency in information processing—including memory, processing speed, attention and representational competence—from infancy through the first three years of life.

So if you strictly define intelligence by IQ scores, then, yes, you can find reliable information processing indicators in infancy that predict later IQ scores and academic achievement. Of course, this is group-level data, and the correlations are far from perfect. So there is plenty of room for error, and it's extremely dangerous to try to predict an infant's future level of academic success based on a single, brief test of attention administered before the first year of life. But from a scientific perspective, these numbers are impressive, and they suggest that these effects are real.

But let's put all this in perspective for a moment. The title of the Daily Mail article is "Four-year-old 'genius' accepted into Mensa with an IQ almost as high as physicist Stephen Hawking." I can't tell you how angry I get when I read headlines like this. Should we really be propagating the idea that a high IQ at any age, let alone from a four-year-old, is equivalent to genius? Intelligence quotient is a relative ranking based on percentages within a particular age group—that's all an IQ score means.

Heidi's high IQ score indicates that she is a few grades ahead of her classmates in cognitive reasoning and vocabulary knowledge. Based on her father's observations, she can read at a seven-year-old level. That's surely impressive, but do we really want to put such pressure on young Heidi to become a genius? That's a heck of a lot of pressure for a four-year-old, high IQ or not.

As her father points out, "She is not precocious, she is just a little girl who likes her Barbies and Legos, but then you will find her sitting down and reading a book."

This is really important. Heidi displays precociousness in one particular area—speed of learning— and appears to have been born wired to learn. Many cases like Heidi exist all around the world, and what she's going through is a very real phenomenon, linked to her unique brain wiring. But what we must understand is that Heidi can be extremely high in this one dimension but be a normal, average young girl on many other dimensions, including social and emotional development. To become a genius takes so much more than just being high on one trait. It takes many, many factors coming together, such as drive, imagination, opportunity, perseverance and just plain luck.

I know the folks at the Daily Mail love their attention-grabbing headlines, but let's please keep this real: Heidi is ready to advance academically, and she, like all the other kids in her school, deserves to get the resources that are best suited to her current level of functioning. But in terms of being a "genius," only time will tell. Right now, leave her alone, and let her just be an adorable, inquisitive young girl.