Portico aims to bring the apertivo experience to Sebastopol 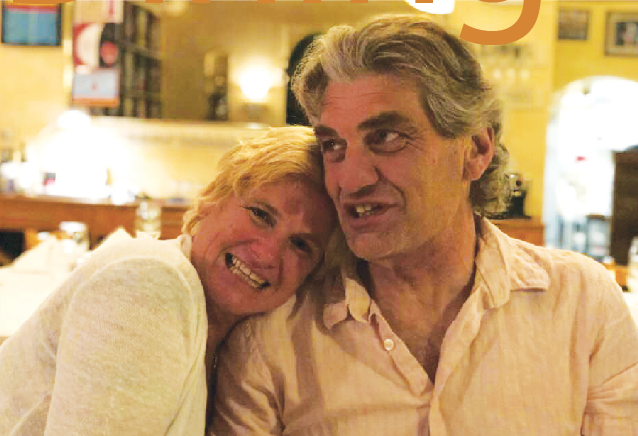 For a small town, Sebastopol has a wide variety of restaurants. But Italian isn't one of them. Lowell's serves a great menu of California-inspired Italian cuisine, but there is no place for straight-up Italian food. Portico hopes to change that.

Kat Escamilla and Paolo Pedrinazzi plan to open their doors in October in the space formerly occupied by Mazzy's Closet. The Main Street storefront was once a restaurant so converting it back to an eater isn't as arduous as it could be. They are not installing a fully vented hood so buildout costs are less.

The concept of the place is small plates and light snacks. Think Italian tapas. Escamilla calls it "Italian social food." Pedrinazzi is from Bologna and the restaurant aims to capture the casual streetfront eateries, many of them found under porticos from which the restaurant takes its name. The duo is even installing a fountain with benches inside to replicate that street-scene feel of Emiglia-Romagna's capital city.

"We are trying to bring that element of apertivo hour," says Escamilla, "connection and conversation you find ont the streets of Italy before going home."

The restaurant will offer handmade pastas, polenta and risottos as well as baked goods, sweet and savory. The dish Escamilla was most excited about what lasagna, made with layers and layers of thin, house-made pasta. They will also serve granita and gelato. Escamilla wants to serve a wine list drawn producers of Californian and Italian biodynamic producers.

The restaurant will have 49 seats in the restaurant and it what I think is a smart move, the restaurant will feature grab and go take-out items like pasta and sacues for quick meals at home. But don't expect pizza. Portico will offer pizza and occasion special but it won't be the thin crust, Neapolitan-style you might except. Instead Escamilla says they will prepare a square shape, thicker crusted "baker's pizza."

Escamilla and Pedrinazzi have lived in Sebastopol for 10 years and both come from a culinary background. Ecamilla said she considered the ideal location for her restaruant and says while she likes the Sebastolol's Barlow shopping district, she wanted to locate the business on Main Street in an effort to appeal to locals more than tourists.

"We like the idea of Main Street," she says. "Main Street will never die."