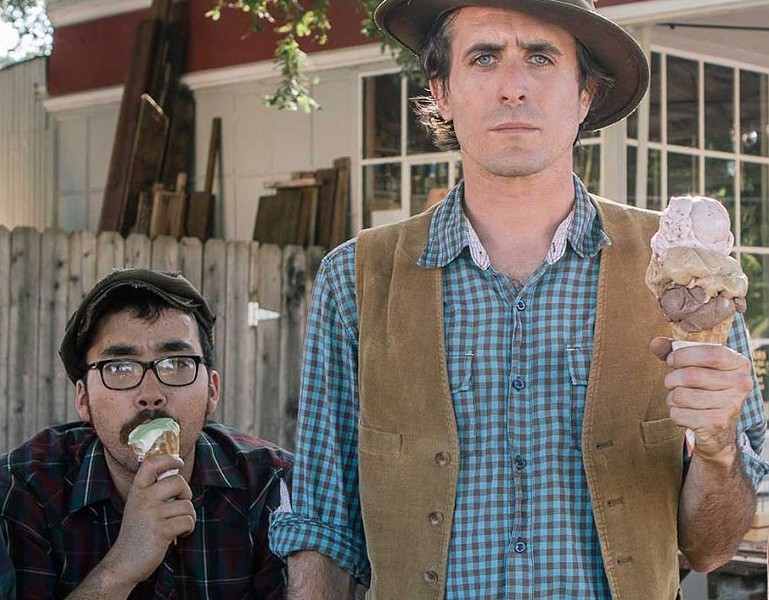 Bohemian and Pacific Sun readers have voted, and now two bands will be featured at the upcoming NorBay music awards show on Aug. 14 at Juilliard Park in Santa Rosa.

Josh Windmiller leads the Crux on vocals and an assortment of instruments, the most eclectic of these being large metal chains. Windmiller describes the band's sound as something between an energetic punk band and a cabaret show. The day before the NorBays, the Crux, consisting of Windmiller, Taylor Cuffie, Joshua James Jackson and Kalei Yamanoha, will debut their latest album, Crux Interpretem, when they headline the Great American Music Hall in San Francisco on Aug. 13.

The energetic and hard-hitting Crux Interpretem, recorded on four-track at Gremlintone Studios in Santa Rosa, features accordions, electric guitar, banjo, drums and vocals. While recording the first half of the album, "we kind of came unhinged in the studio a little bit," Windmiller says. Yet this only furthered the band's enthusiasm for experimentation, and allowed for a "devil-may-care, haphazard excitement," according to Windmiller.

For their performance at the NorBay awards, Windmiller and multi-instrumentalist Kalei Yamanoha will be playing as a duo. This will result in a more stripped-down acoustic show, with Yamanoha on guitar and accordion and Windmiller on vocals, guitar and chains.

The Rhythm Rangers, also performing, complement the Crux with their seasoned country-rock sounds. The Rhythm Rangers are a seven-piece band often referred to as "America's jukebox" by fans as well as lead vocalist Kevin Russell.

"We can play many different types of music," Russell says, "and if someone asks us to play a song, we can usually play it." The band consists of Russell, Rick Cutler, Blair Hardman, Cori Wood, Bobby Lee and Russ Gauthier.

Each band member is involved in a myriad of other musical endeavors, and while this brings a broadly talented and experienced crowd to the table, rehearsals are infrequent. The band probably rehearses only around three to four times a year and performs 15 to 20 gigs annually.

"Audiences respond to the band because we're having fun. Everybody likes each other, and everybody is reliable. The primary objective is to have fun," Russell says, citing the infectious energy that comes from the band's chemistry and wide-ranging talent.

Unlike the Crux, who play primarily original music, the Rhythm Rangers play mostly covers, but "we aren't a tribute band. We try to make covers our own," says Russell. "People in this band are the cream of the crop of Sonoma County musicians."