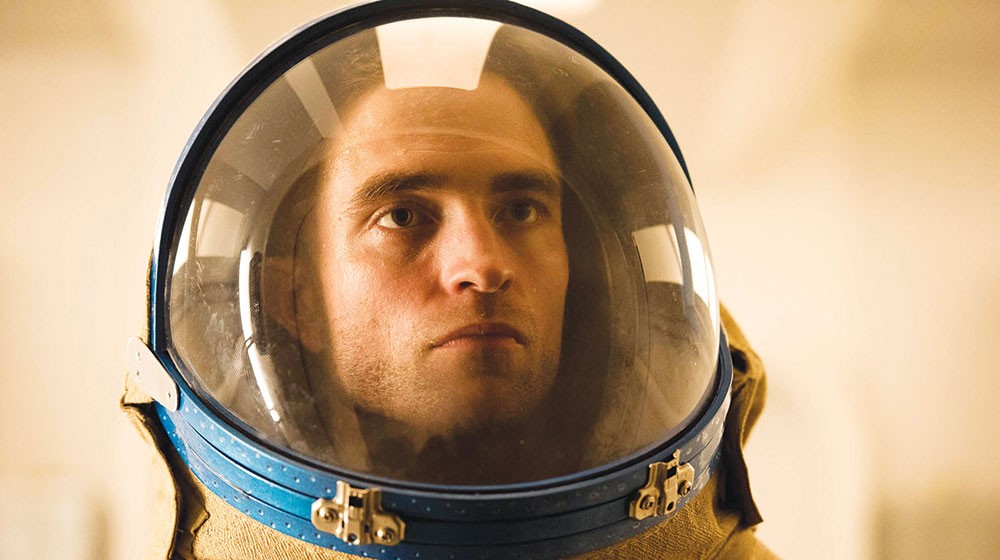 Hurtling toward a black hole, a spacecraft known only as "7" is in the middle of an eight-year mission. The outside of the craft is blandly boxlike. Inside, it's crappy like the littered hall of a public housing apartment. Claire Denis' High Life, and yes, the title is ironic, begins with two survivors aboard, Monte (Robert Pattinson) and Dr. Dibs (Juliette Binoche). Monte is repairing a magnetic shield outside the craft, while baby-monitoring the wails of a girl fussing in her makeshift playpen. When not tending to the babe, Monte is recycling his urine, or hauling the scraps of his meals in a dingy plastic bucket to the indoor compost heap.

The rest of the crew is still aboard, corpses in space suits. The mission was made up of murderous criminals shot into space as a way of serving their sentences. In flashbacks, the shipmates' crimes are teased out.

Dr. Dibs is the biggest criminal on the ship, to hear her tell it; she's guilty of the kind of crime that makes up Greek myths.

High Life has poetry, but it's awkward poetry. After a long and distinguished career (White Matter, Chocolat, 35 Shots of Rum) this is Denis' first movie in English. Is there any reason, beyond increased ticket sales, that a director would cut off her tongue at age 70? It's not like there needed to be much dialogue, since it's mostly a movie about Pattinson looking bitter and Binoche looking wanton.

Dull colors and space madness explain why people might want to "space" themselves, to use The Expanse's term for the one way trip out the airlock. No one made an effort to decorate this flying slum, except with gouged graffiti and sprays of bodily fluid. But there is one break from the unnaturalness: a space garden.

The tantalizing dream of space exploration is absent in High Life's reckoning; it'd be better if we just stayed on Earth and tended our gardens.