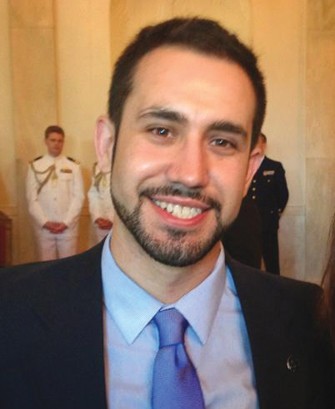 Jesus Guzman, chair of the North Bay Organizing Project's immigration task force, has just flown back from a busy week in Washington, D.C. There in connection with the opening debates on the bipartisan immigration reform bill that would overhaul U.S. immigration laws, Guzman's week included leadership trainings, a direct action outside of Speaker of the House John Boehner's office, meetings with pepresentatives Jared Huffman and Mike Thompson and a press event with President Obama.

Attendees were told they'd be able to ask questions at the event, says Guzman, but it turned out to be much more scripted than expected. In fact, President Obama basically repeated a performance from his Las Vegas appearance last January, he says. The president discussed border enforcement, brought out a DREAMer (shorthand for those brought to the U.S. as children but who have not been granted legal citizenship) and pushed for the pathway to citizenship.

After 150 leaders from the Gamaliel Network, a grassroots coalition of faith-based and community organizations, held vigil outside Boehner's office, they did manage to get a meeting with his chief of staff. A face-to-face with the speaker, where the group will ask him to support the adoption of the Senate's immigration bill, is next on the agenda.

Meetings with the SEIU, AFL-CIO and CWA were fruitful, says Guzman. "Labor has a very important role in immigration reform," he adds.—Leilani Clark