The web-head fights a fish-bowl looking villain in sequel 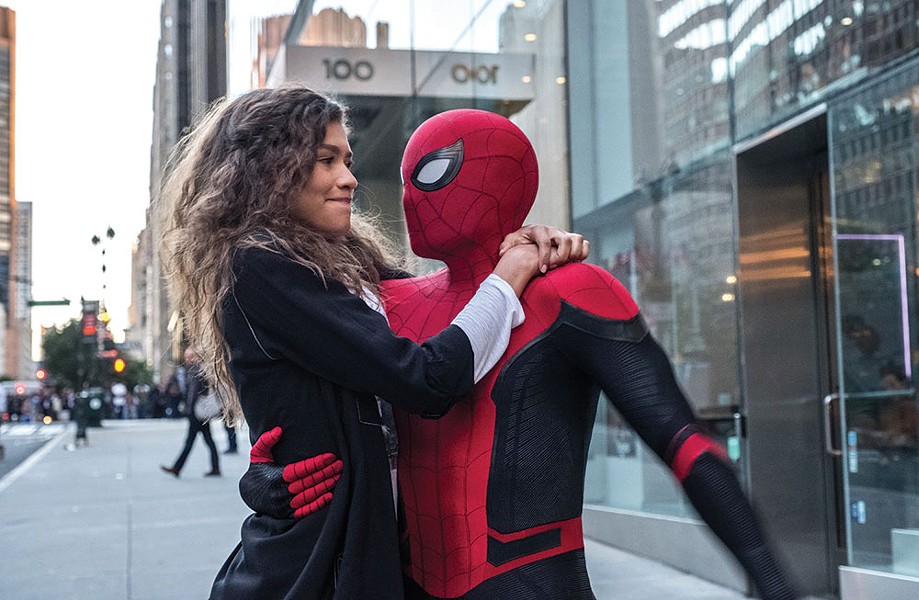 It's not yet July 4th and audiences can already experience Summer Movie Leakage. Spider-Man: Far From Home commences with Nick Fury (Samuel L. Jackson) examining a trashed Mexican village. Was this the same town Rodan took apart in Godzilla, King of Monsters? In fact, it was a windstorm: "the cyclone had a face," Fury rumbles. The giant wind beast returns and coalesces like a thunderhead, and out of the skies comes...a guy named Quentin Beck, aka Mysterio (Jake Gyllenhaal), a flying superman in a glass helmet, a denizen of a parallel Earth come to save our own.

Meanwhile, Peter Parker (the eager and charming Tom Holland) longs to be a 16-year-old neighborhood hero he once was instead of an Avenger. It being summer, he's slated for a school vacation in Europe's most decorative capitals. Familiar teenage summer-vacation stuff ensues among the canals and the castles, with Curb Your Enthusiasm's J.B. Smoove and Martin Starr as the inept chaperones. Parker draws the attention of new mentors, good-cop (Jon Favreau's Happy Hogan) and bad-cop (naturally, Samuel L.) and it's off to Venice, Prague and London, where each city is besieged by an uninspiring kaiju that must be wrestled into submission by Spider-Man's new fishbowl-headed pal from the multiverse.

As MJ, the one-named Zendaya continues a good impression of miffed, off-kilter appeal, but the dialogue reiterates the best moments in Spider-Man: Homecoming.

To his credit, director Jon Watts takes the odd route whenever possible. Sometimes it seems Watts has an altar somewhere with a DVD collection of Freaks and Geeks on it surrounded by candles and incense. Still, there's relevance to burn in Spider-Man: Far From Home's payoff in villainy that deals in distraction and deep fakery, with arsonists playing firemen, and smoke and mirrors.

'Spider-Man: Far From Home' is playing in wide release.