April is the artsiest month in Napa

For a full rundown of events, see www.visitnapavalley.com. 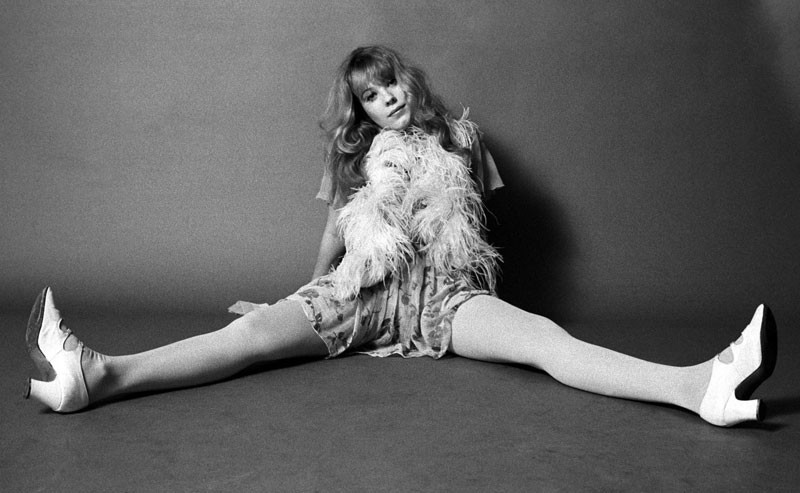 With the giant BottleRock music festival coming in May, the Napa Valley Film Festival approaching its third year and new resorts on the rise, Napa Valley is well on its way to becoming a year-round arts destination. Spring has always brought the breaking of buds, but now art is also bursting into full bloom, with the onset of the third annual Arts in April.

Throughout the month, a bevy of weekly delights from Calistoga to Carneros highlights a different region's offerings. The month-long showcase features more than 30 wineries presenting artsy affairs and tastings paired with events and exhibits at local galleries on the weekends.

Here's a hint at some of the highlights.

The month kicks off with an opening reception for the "Napa Valley Collects" exhibit at the Napa Valley Museum, highlighting select works from Marc Chagall, Cy Twombly, Pablo Picasso, Robert Arneson, Joan Brown, Roy De Forest, Stephen De Staebler, Peter Voulkos and more, on loan from local vintners and friends. An opening reception with the collectors—think names like Coppola and Mondavi—gets underway on Thursday, April 4, from 6-8pm at the museum.

For many moons, St. Helena's Markham Vineyards has been host to the '60s rock photos of Rolling Stone magazine's first chief photographer, Baron Wolman. But this April brings a brand-new Wolman exhibit, "The Groupies." The collection debuted in London in December, and Markham marks the first (and possibly only) stop on the stateside tour.

The collection of photos is anything but tame, especially in St. Helena. Wolman is quick to classify the work more clearly: "It's not X-rated, just on the edge." "The Groupies" is indeed a probing photographic presentation of the women who hung out backstage with popular rock bands. While Wolman is far from bashful about his affinity for women, and even less so in his conjuring of excuses to photograph them, he maintains that his catalyst for the collection was less about backstage sexual encounters than a new subculture of chic style burgeoning at the time.

Wolman was so impressed with his subjects, who dressed for backstage "appearances" with aplomb, that he pitched the idea of a groupies exposé to Rolling Stone founder Jann Wenner. The breadth of material was such that it morphed into a dedicated issue, centered around "The Groupies." Wolman is reverential when he speaks about the experience; on his life as a photojournalist, he quips, "The big darkroom in the sky will go away, but the stories will remain."

Wolman will be on hand in person on Saturday, April 13, from 11am-1pm, at Markham Vineyards. The event is free; RSVP required.

Other funky fare includes a live taping of the popular Judd's Hill Winery video series "Wine Booty," staring Judd Finkelstein and a man known only as the Pirate. Red carpet attire is encouraged, which in this realm means nautical wear (or black tie if you're really angling to impress). In true Tinseltown form, attendees can bump elbows with the stars of the show and chow down on not only movie popcorn, but Hollywood's famed Pink's hot dogs, which are being flown in fresh for the event. Tickets are $25 per person and limited to 75 attendees. The taping takes place at the winery on April 26 from 5:30-8pm.

Stags' Leap Winery, which serves up stellar views of the valley, showcases artist-in-resident Seth Carnes' work in the Manor House. Carnes, who grew up in St. Helena but now resides in New York, enjoys the melding of digital and physical form; this is evidenced in some of his latest works, spawned from digital iPhone images that are developed, printed and melted onto wood blocks with solvents.

More traditional art forms are found at Calistoga's Chateau Montelena, which just garnered a spot on the National Register of Historic Places—yet it's probably most famous for taking home a top prize at the famous Paris tasting of 1976. April brings another draw with plein air artist Timothy Howe, whose arresting local landscapes are on display in the winery's Estate Room.

Howe, a New Zealander, moved to the valley three years ago after 30 years in his native land and stints in Vancouver and Barcelona. Howe shoots photos which he then paints on canvas with heavy oil paint and a palette knife. He prefers oils to watercolor, which dry too quickly; "I can cheat a lot more this way," Howe jokes. His work is available for viewing throughout the month, but those looking for face time with the man can hit the artist reception (with wine, cheese and canapés) on Saturday, April 6.

Throughout the month, staple studios feature special events and openings, including "Ekphrasis," a photography and mixed media exhibit at the Calistoga Art Center, and "Awaken," at Yountville's Ma(i)sonry Napa Valley. Mid-month culinary arts cravings can be cured at Appellation St. Helena's splish-splashy-spendy affair, bASH, at the Culinary Institute of America, where cooking wizards face off and the audience casts their votes.

Regardless of what type of art ultimately rocks your boat, this year's Arts in April is sure to keep the scene afloat, all month long.