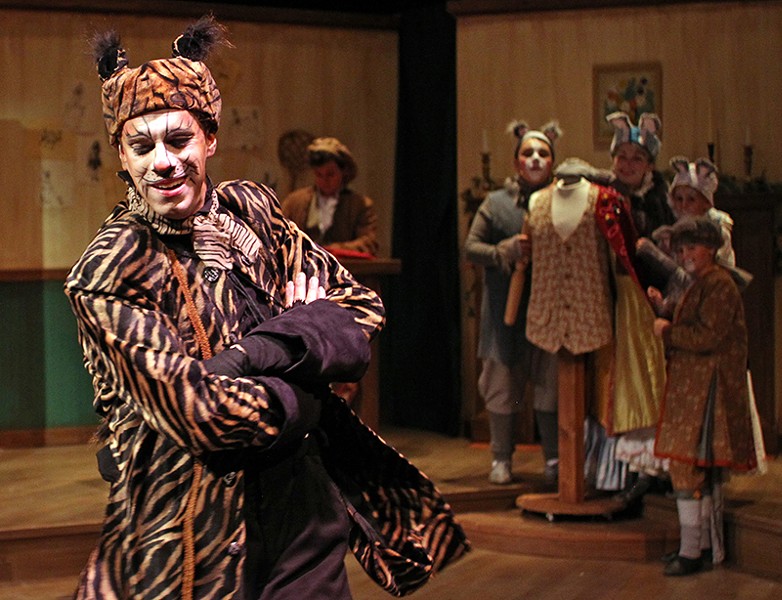 I ‌doubt any of the tykes attending the 6th Street Playhouse production of Annie have any idea of its origins as a newspaper comic strip which ran for 86 years—but that means nothing to audiences that want to hear "It's the Hard Knock Life" or "Tomorrow."

The show has an upbeat message and is generally well-cast, but it's stodgily directed, is lacking in production value and the music isn't particularly well executed. Reliable scene-stealer Dani Beem may have met her match in young Grace Martin, who plays Annie's best friend, Molly. The show really comes alive when they take the stage.

Spreckels Theatre Company is presenting The Tailor of Gloucester, an original musical based on the children's book by Beatrix Potter. Written by local composer-musician Janis Dunson Wilson, with lyrics and book by the late Marcy Telles, it was originally commissioned in 2004 by Petaluma's Cinnabar Theater for its youth program.

The story of an 18th-century English tailor (Craig Bainbridge) who falls ill and is unable to finish the mayor's fine Christmas Day wedding coat without the help of a few house mice has long been a children's favorite. There isn't a lot in this Michael Ross–directed production for the older crowd, other than pondering the anachronisms and story inconsistencies that will fly over most kids' heads while they enjoy the talking and singing cats and mice.

The cast is in good voice, though. There's really cute work by the kids who play the mice (Francesca and Victoria Antonini, Mario Herrera), and the adults do their best with the threadbare material. ★★½