Despite an overhauled food-stamp program, the majority of those eligible aren't using it. Is it fear of dependency or something deeper? 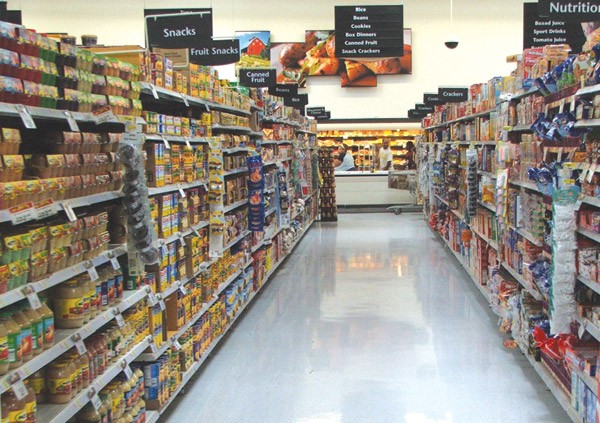 "Richard" works nearly full-time at Home Depot, earning $10.60 an hour. Each month, he brings home just enough to cover the basics. "It's a struggle because I can't save any money," says the Sonoma County father of a preteen son. "If something catastrophic happens, I don't have any buffer."

When his roommate qualified for CalFresh, the program still colloquially known as "food stamps," Richard realized that he too might be eligible. After stacks of paperwork and a four-hour wait at the Department of Human Services, he qualified to receive $100 a month. "It's not like we're starving," he says. "But it's one of those things where every little bit helps."

Joelle Brignoli, CalFresh planner analyst at the Sonoma County Department of Human Services, says that only 42 percent of eligible individuals in the county receive nutrition assistance.

"There's a big push to increase enrollment statewide," says Brignoli. "Our caseloads continue to grow in large amounts." She adds that enrollments increased from 11,708 in February to over 14,000 by November 2011.

Still, why is it that 58 percent of those eligible are not taking advantage of CalFresh benefits? In a county known for abundant food and wine, the repercussions of unused benefits go beyond empty stomachs.

"The USDA has shown that for every dollar in SNAP expenditures there is an economic stimulus of $1.79," says Tia Shimada, nutrition policy advocate for California Food Policy Advocates. "So for every $1 in Cal Fresh benefits coming into California, we are generating $1.79 in economics."

Shimada explains that the expenditures are put back into economies by being spent, for example, at local grocery stores, affecting staffing levels, deliveries and orders, an effect that ripples out into the local economy.

Also, for families on extremely tight budgets, money spent on food might otherwise be spent on taxable goods, potentially generating sales tax revenues for states and counties. Right now the overall "lost" county tax revenue is around $51 million, according to the "Lost Dollars" report.

The report commends modernizations enacted by the CalFresh Act of 2011 (AB 6) that eliminated finger imaging and photography requirements, and in 2012 switched to a semi-annual reporting period rather than a three-month quarterly paperwork turn-around. This move has made online and telephone applications easier.

Yet for some, all the streamlining in the world won't make the issue of pride go away. On a Friday afternoon in January, "Caroline" filled out paperwork at the Human Services office in Santa Rosa. Caroline, willing to talk on the condition of anonymity, is in her 40s with a college-aged daughter. She says that she waited two years to apply.

"I believe there's something that happens to your psyche when you're being taken care of," she says, describing how she "spiraled" down financially after the economic downturn left her out of work. "It makes you feel weaker. I know I don't like the feeling." Her saving grace, she says, is that the whole process has been easier than she first anticipated.

"I expected it to be slow and arduous, but it wasn't," says Caroline. "The employees make it very courteous, and it's handled in a respectful way. The process is as speedy as they can make it, considering how overloaded they are."

Pedro Toledo, director of community and governmental relations at the Redwood Community Health Coalition, says changes enacted by AB 6 might encourage more people to apply. But he says for many families, especially those with language barriers or nonlegal status, the process can be daunting.

"It's a pretty complicated application," says Toledo. "If someone's never filled out a public-assistance application before, it can be difficult."

Joelle Brignoli says that myths still persist, despite efforts to educate the public. "There's still inaccurate information out there—particularly in the Spanish-speaking population—that CalFresh is a public charge, and applying for benefits will jeopardize their chance of citizenship down the road," she says. In addition, those who are homeless can qualify, despite beliefs to the contrary, and some of the elderly and disabled might think that "it's too much work for not enough benefits."

Toledo's organization has seen a positive upswing since combining health insurance screenings for children with CalFresh applications; they've successfully screened 2,000 applications in Sonoma County alone. In Napa County, where only about one-third of those eligible actually receive benefits, enrollment workers have screened 14,000 kids for CalFresh; about 4,000 of those have been deemed eligible.

"If someone submits their own application," says Toledo, "the chance of it being accepted is about 30 percent, but if it's submitted through our program, it's about a 70 to 90 percent approval rating.

"The fact that so many people are eligible and are not enrolled is pretty tragic when so many kids have health issues related to malnutrition," adds Toledo.

Keeping the benefits rolling can be overwhelming for working parents. Richard came up against this recently when, after just three months, his $100 in benefits got cut off. He'd missed the deadline on an important piece of paperwork. After calls to his case worker, he's still waiting to hear back.

"This was my first time doing it, and I didn't realize the gravity of the deadline," he says. "I made one clerical error, and that cut them off. It's frustrating."