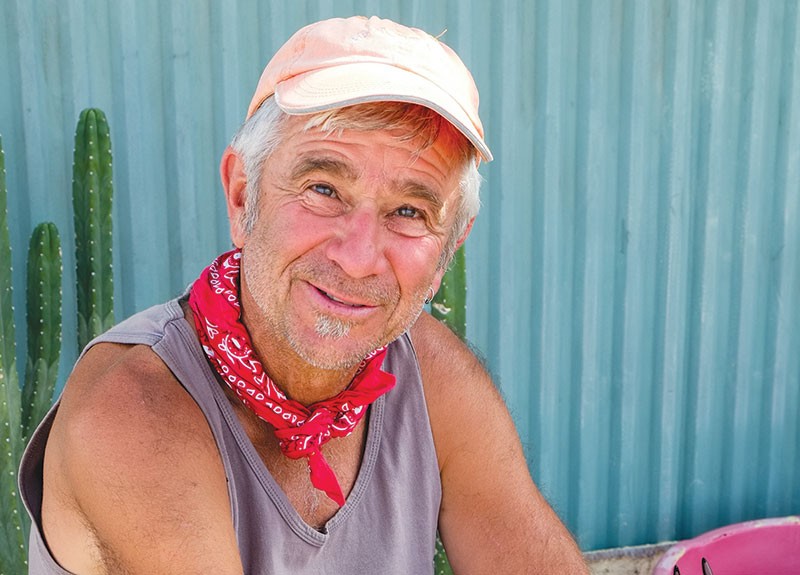 If you think a near-death experience with a buffalo or swimming with 2 million jellyfish is interesting, then Michael Ellis is the guy you want to talk to.

Ellis is a Santa Rosa resident and naturalist who leads tours around the world. His knowledge of the natural world and his adventure stories will inspire anyone to get outside, even if it's just here in North Bay.

As I ask about his travels, Ellis gazes off into the distance as if a screen of his past journeys and experiences were playing in front of his eyes. He's seen a lot of the world, but his journey began at Slide Ranch in Muir Beach, an outdoor-education camp. From there he went to graduate school and majored in marine biology.

In 1983, Ellis started the ecotourism company Footloose Forays. He struggled at first while simultaneously starting a family. But now he's able to live the life of a naturalist and share it with others.

"A naturalist is a bridge between the academic or scientific community and the person walking down any street in the urban or suburban world," Ellis says; it's someone who understands "the connection between the natural world and the preservation thereof of the wild things and their own economic and spiritual wellbeing."

The unity between people and their natural environment is what Ellis strives to develop and celebrate. Bringing people to places where they can experience the wonder of the wild is something he cherishes.

To keep things fresh, Ellis lives by the maxim "Each day is a different day." In order to nurture a fascination with the outdoors, it's necessary, Ellis says, to regard everything that happens each day with awe and reverence. On a recent morning, Ellis saw a Cooper's hawk fly through his neighborhood, proof, he says, that even at home you can find things that are wild and fascinating. It doesn't take a drive out to a park to see wildlife.

He sees it as a privilege to act as a catalyst for people to experience a different part of the world, though the word may not exactly fit.

"The word 'catalyst'," he says, "is something that facilitates a chemical reaction while remaining unchanged, but I am changed every time I get to be that kind of person that helps people have a trip of a lifetime."

In the North Bay, the ever-popular Annadel State Park is Ellis' favorite, though he recommends some lesser-known spots as well. There are new trails at Taylor Mountain in Santa Rosa and also at Jack London State Historic Park in Glen Ellen. Shollenberger Park in Petaluma is a fantastic place for birdwatching, he says.

The North Bay offers a great diversity of flora and fauna. As Ellis says, just "walk out your front door." With eyes and ears open, that's all it takes to immerse yourself in the natural world.