Skitzo turn 35 and turn it up

"We were 11, talking about getting a band together," Ozanix says. "We loved KISS, and we loved what Gene Simmons did. I was also a huge fan of The Exorcist.

Ozanix also discovered that when he drank something foamy, he expelled it. Sure enough, Ozanix one day waited outside a store for an elderly couple to come strolling by and at the right moment he chugged some root beer and made like Linda Blair in The Exorcist.

"I rolled my eyes back, threw my hands up, and they freaked out and ran away," he says.

"I saw the shock in them, and thought we could do this for the band."

"My first recollection of Lance was when I heard about this metal band puking in school colors," says Tom Gaffey, Phoenix Theater founder and manager. Ozanix had become known for playing high schools in the area and brewing color-appropriate tonics for his signature finale.

"That's when I realized, 'Oh man, I've got to get these guys on our stage,'" Gaffey says. In 35 years, Ozanix estimates that Skitzo has played the Phoenix well over a hundred times.

In the '80s, Skitzo became infamous locally and throughout the West Coast for this upchucking undertaking.

"People paid to come see us, I'd puke, they would get scared and leave, then they would trickle back in for the encore," Ozanix says. "They paid to get the charge, it was like a ride."

Though the 1980s was a conservative time, by the '90s, Ozanix started getting requests for the green goo. Then, either wanting to be a part of the show or fulfilling a fetish, people starting asking to get puked on. One time in 1999, Ozanix says there was a line of people at a show, "like it was Communion time."

"It's like a downward spiral over the years," he says. "When YouTube came out, people started getting desensitized by gross stuff, so now I get more of a reaction at a show when I don't puke because people are expecting it, as if it's a trick."

Though he rarely spews anymore, Ozanix says he has something special in store for the Nov. 12 show at the Phoenix. Bring a tarp if you're going to be in the front—or even the middle. 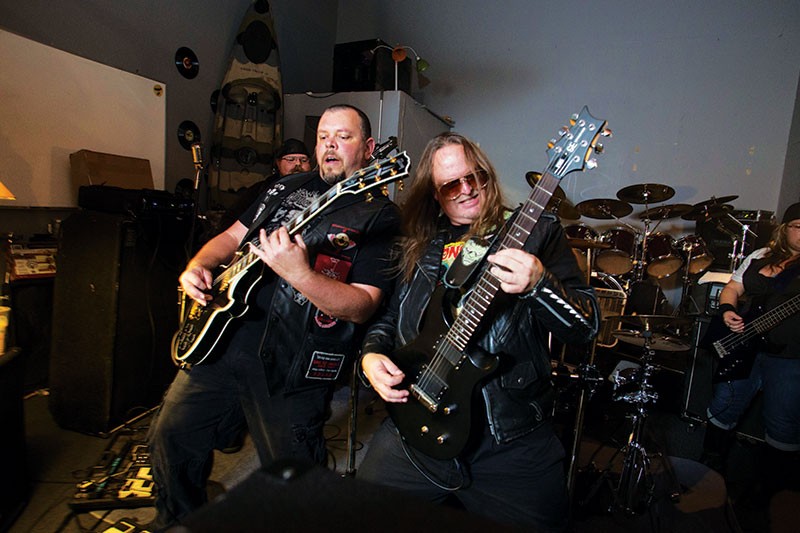 FROM WEIRD TO WEIRDER

Things took another turn for Ozanix in the late '90s when television shows like The Jerry Springer Show and Judge Judy came knocking.

Ozanix was on Jerry Springer four times, as a nonviolent sweeps week ratings catch. On Ripley's Believe It or Not! he made vomit art. And on Judge Judy, he was sued for ruining a young woman's dress at a concert.

Was it real? "Well, I signed a contract saying it's real, and it's real," he stresses intently and smiles.

Was it exploitative? "No, the money was good," he laughs.