Natalie Maines, 10 years after 'the Incident' 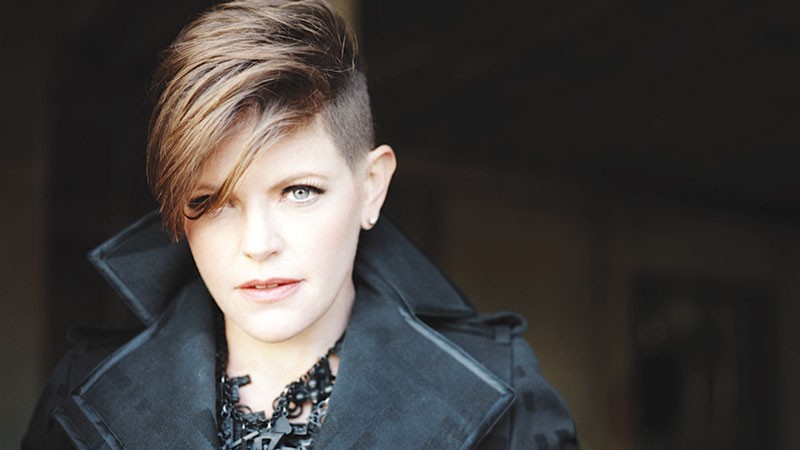 Ten years ago, when Washington, D.C., Republicans weren't shutting down the government but had instead led us into an illegal war based on misleading information, Natalie Maines changed her life forever. "We do not want this war, this violence," she said onstage in London, "and we're ashamed that the president of the United States is from Texas."

After Toby Keith said he'd "bury" her and the Nashville establishment spat her across the country to Southern California, we caught up with Maines, who appears at the Uptown Theatre Oct. 6 in support of a new solo album, Mother, via phone.

It's been 10 years now since 'the Incident,' and the ensuing ridiculousness. Is that whole experience the reason we haven't heard from you in so long?

Not entirely. The main reason is my two boys. I've just really tried to delve in to motherhood and do that 100 percent.

Here in the Bay Area 10 years ago, people were buying your records without even having heard your music. Did you know there were these pockets of support out there?

You've mentioned that you went to therapy. Did you send Dick Cheney the bill?

Ha! You know, it was less about that whole incident and more just about my needing to do some self-realization and slow down. And you know, there was guilt about not wanting to do Dixie Chicks for a while. But I would say "the Incident" was probably 15 percent of the issues I worked out.

Last month, on Twitter, you straight-up told someone to fuck off. Are you totally comfortable now with saying whatever's on your mind?

On Twitter, for some reason, I feel very comfortable! Onstage, I would say I'm a little more gunshy. But I'm in a position where I'm just not going to take shit from strangers. These people that seek you out just to spread their venom, it's hard for me to remain silent. I feel like tellin' 'em to fuck off. And they need that. I'm doing them a public service.

Oh my God, I so wish it would have been around. It would have been different. I would have just said everything I had to say on Twitter. It's better when you're not edited and people can't manipulate your words or what you're trying to convey. You can start chasing your tail trying to explain yourself, and I just think things could have been shut down quicker. There was so much out there that we didn't say. I don't even think people knew what they were mad about! They were mad because I hate the troops, which was never said and was never a fact. When you ask people what I'd done, that's what they'd say: I hate our country, and I hate the troops.

After this solo tour, you're going out again with the Dixie Chicks, who I know have wanted you to come out of seclusion. What made you decide to do it?

I've always been open to touring. It's recording a new Chicks album that I can't carve the time out for. We live in different states, and also, it's just . . . I don't know, it's hard to explain the place I'm at. But it just doesn't feel right for me, musically, right now, as far as creating new music.