Cleve Jones looks out for the union label— civil unions, too 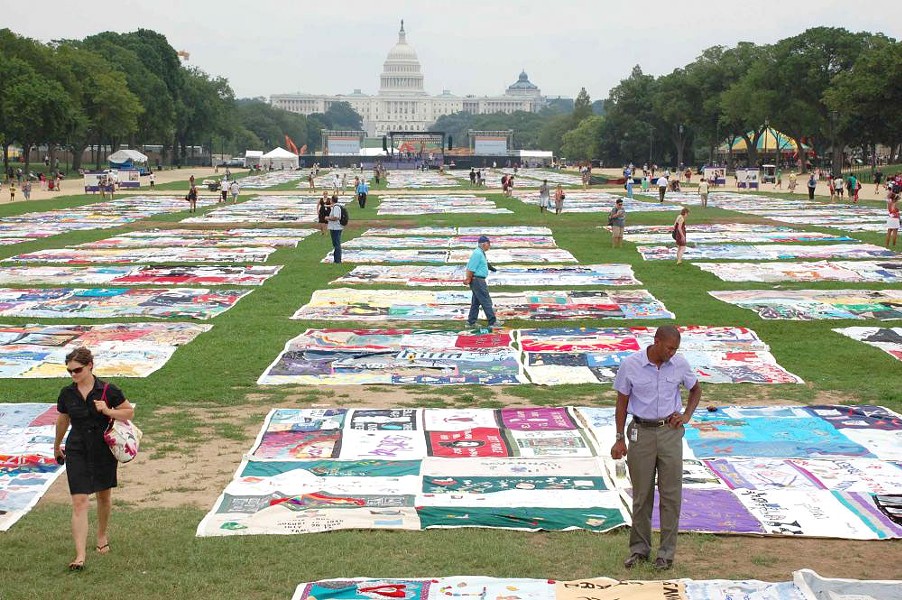 Cleve Jones is a veteran HIV-AIDS activist perhaps best known for launching the AIDS quilt project in the 1980s, but he's also been a major player in the regional organized-labor scene through his work with UNITE HERE.

Jones will give the keynote speech at an upcoming fundraiser for North Bay Jobs with Justice on Sept. 7 at the Veterans Memorial Building in Santa Rosa.

Jones came into his own as an activist in 1978 over the Briggs Initiative, which would have banned gays and lesbians from teaching in California public schools. "We thought it would pass," he recalls, "and Harvey Milk was one of the leaders of that campaign [to defeat it]."

Milk, the late San Francisco supervisor, was murdered along with Mayor George Moscone in 1978 by Dan White—who'd resigned as a San Francisco supervisor 16 days earlier. Jones recalls that there was an openly gay teacher in Sonoma County, Lawrence Berner, who taught second grade in the Healdsburg Union Elementary School and was caught up in the anti-gay fervor that came with the Briggs Initiative, sponsored by Orange County state legislator John Briggs. "He was targeted," recalls Jones of Berner.

The Briggs Initiative failed, but not without a fight and not without a union push from Local 2 of UNITE HERE. Berner went on to sue Briggs for defamation and prevailed in a 1982 ruling. Berner died in 1995.

"We were one of the first unions to embrace LGBT people," Jones now says. "It's kind of a 'duh' because so many gay people work in the hospitality industry." Jones has been the community and political coordinator with UNITE HERE since 2005.

Since then he's watched as public-sector unions have been hammered by right-wing governors, and most recently through the Supreme Court's union-busting Janus decision. That's the bad news. The good news is that even in so-called right-to-work states such as Nevada, private sector unions are on the march.

"Everyone is bemoaning the death of the union, but we are growing and we're growing in the private sector," Jones says. "UNITE HERE offers a real model for the people who want to fight the Trump regime. This union is doing that. We are black and brown and Native American and LGBT. And we're winning."

The unionized Graton Casino in Rohnert Park, he adds, is "a good example" of how UNITE HERE has made big inroads in the gaming industry and strengthened labor's hand at the bargaining table, at least when it comes to the private sector.

"Our strongest base of support in the United States is Las Vegas," Jones says. "The strip is union. We are the reason there is a middle class in Las Vegas and why Nevada is blue, even as Nevada has been a right-to-work state since the 1950s."

The 1950s also represented the last of a "before Stonewall" period in American gay life—a time of rampant and legally encoded homophobia. The country has come a long way since then; Vermont's Democratic party recently endorsed Christine Hallquist as the first transgender gubernatorial candidate in American history, even as "religious liberty" advocates have sued gay people so they don't have to bake a cake in the service of marriage equality.

Thanks to Donald Trump and his congressional enablers in both major parties—talking to you, Chuck Schumer—American federal courts are currently undergoing a fundamental rightward shift, putting at risk hard-won marriage-equality rights. Trump has also tried to ban trans people from the military, and his Justice Department has filed friend-of-the-court papers with the Supreme Court in defense of suits that seek to make anti-gay discrimination legal again.

Organized labor is also taking it on the chin under Trump and the conservative Supreme Court, which ruled earlier this year, in Janus v. American Federation of State, County, and Municipal Employees, Council 31, that public sector unions can't charge union dues to non-union members (even as those non-union workers enjoy all the benefits of collective bargaining).

Can a robust union push in the private sector serve to undo the damage done to public sector employees, including teachers?

"Well, our union offers some really important information for people who are concerned in light of the Janus decision," says Jones as he highlights the UNITE HERE successes in Vegas. "When the workers understand that they own the union—you can grow and thrive even in right-to-work states," he says.

Jones says he's spent lots of time in Sonoma County and especially along the Russian River as a youth. He got sick himself in 1992, he recalls, and received HIV-AIDS treatment at Kaiser in Santa Rosa for many years.

"I went up there to die, but I didn't," he says. "I have really wonderful memories of the people, the land and the river."

Jones has made a career of knitting his gay-rights activism with union activism. Like many gay men of his generation, Jones watched with growing horror as his friends and fellow gay men died after contracting HIV, beginning in the early 1980s. Following the assassination of Harvey Milk, he was hired by Lt. Gov. Leo McCarthy and was assigned to his healthcare committee. "I started to learn about HIV-AIDS in the first week of June 1981," he recalls. "By 1985, almost everyone I knew was either dead or dying, and I wanted them to be remembered. I wanted to break through the silence and the bigotry."

In 1983, he co-founded the San Francisco AIDS Foundation and soon thereafter founded the NAMES Project AIDS Memorial Quilt. By 1985, the AIDS death toll in in San Francisco had hit 1,000. "I was very struck by that figure," he says. "I asked people to carry signs of the people who had died, to the Federal Building [in San Francisco]. I looked at all the hanging signs—and it looked like a strange quilt." From there, the AIDS Memorial Quilt grew to become the world's largest community arts project.