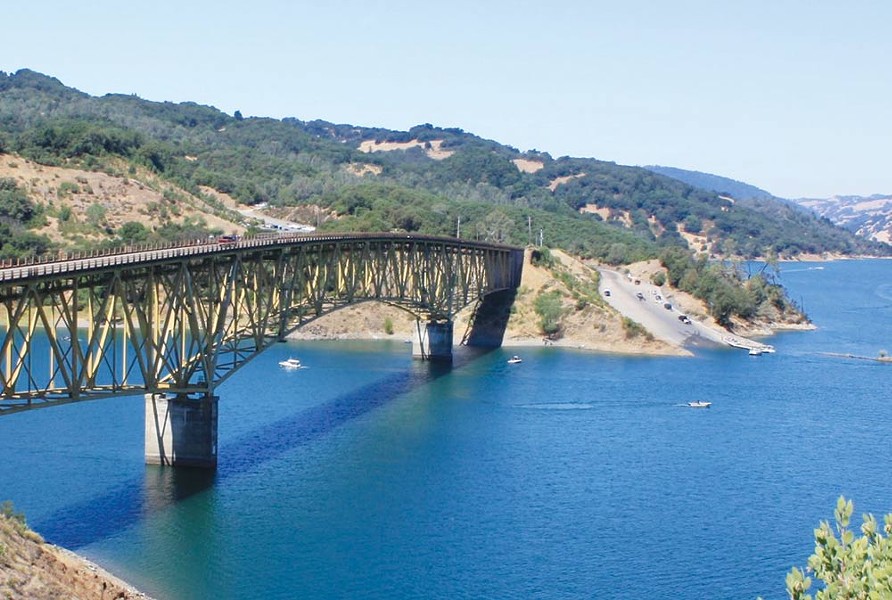 Susan Swartz has always had a knack for finding and telling stories. In fact, the longtime reporter, columnist and author made a living of it for over 40 years, using her column space to speak out on social movements and chronicle personal journeys with insight and humor.

Now, Swartz is stepping into the world of fiction with the debut of her first novel, Laughing In the Dark. Swartz reads from the book and talks with fellow writer Miriam Silver at an afternoon book-launch event on Sunday, Jan. 26, at the Occidental Center for the Arts.

"I've always been a reporter, but more a feature writer," she says. "I think of myself as more writerly than reporterly, whereas my husband was just the opposite."

After moving to Sonoma County in 1973, Swartz soon began working as a reporter at the Press Democrat, where she met her husband, reporter Bob Klose. The two stayed married for 39 years until Klose's death last November.

In her own work, Swartz writes about women with a fearless feminist streak.

"My daughter's friend in high school at the time asked, 'Why do you hate men?' I said, 'I don't hate men!'" Swartz says. "I decided I had to write more and more about what feminism really was."

Up until now, Swartz's fiction writing has appeared in short-story anthologies like Cartwheels on the Faultline, and the majority of her inspiration comes from women's writing groups she's involved with.

"It was fun working with all these women, collaborating and editing and brainstorming," she says. "I think writers need other writers."

The writers' groups also inspired Swartz's novel, and Laughing In the Dark unsurprisingly centers around three women in Northern California between their late 50s and 60s.

The longtime friends each face their own trials and challenges in aging. Jude is afraid she will inherit her mother's Alzheimer's, Franny is a burned-out educator looking for love late in life and Anna is a breast-cancer survivor in a rocky marriage.

The novel's action takes place over the course of an eventful year, bookended by summer camping trips at Lake Sonoma, which she based on her own experiences with friends. Swartz also adds, there's an epilogue.

"I love epilogues, so I had to have one in my book," she says.

Now, with Laughing In the Dark available from Open Books, Swartz continues to look for the next great story, and keeps her notebook close at hand.

"You can always write down a great line you overheard at a coffee place or some idea you have when you're walking," she says. "Just keep going and know that you're going to stumble upon an idea that makes you want to get up in the morning."