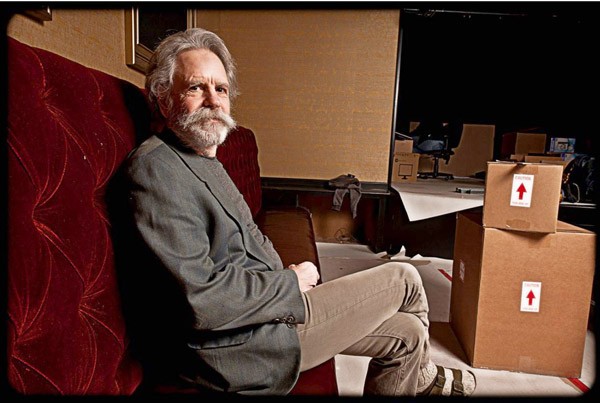 Before it shuttered in 2007, the Sweetwater Saloon in Mill Valley held the air of a place where anything might happen. Case in point: the grungy little club north of the Golden Gate Bridge was one of Elvis Costello's first dates on his inaugural U.S. tour in 1978.

Indeed, in 2007 this very paper ran the headline "Mill Valley Goes to Hell." But music lovers have cause to celebrate when a "rebirthed" Sweetwater Music Hall goes into soft opening on Jan. 27. Funded by multiple investors, including musical millionaires Bob Weir of the Grateful Dead and Modulus Guitars owner Michael Klein, the new venue takes up residence this month in Mill Valley's renovated 107-year-old Masonic Hall, most recently known as a music venue called the Woods.

"A group of community-oriented investors decided that they wanted to keep the Sweetwater vibe alive," says KR Holt, Sweetwater Music Hall's general manager. "We're now at the end of major renovations, and it's looking absolutely gorgeous."

The new venue contains numerous upgrades from its previous incarnation. The room boasts a high-end sound system, and streaming technology will allow for the broadcast of bands beyond the club's 300-plus capacity. A cafe led by Gordon Drysdale, formerly of Pizza Antica and Cafe de Amis, will serve locally sourced organic food for dinner and happy hour, with plans to expand into full-service breakfast, lunch and patio dining in the spring.

Holt, coming from a history as house manager at the Fillmore, Slim's and the Warfield in San Francisco, says their goal is to maintain historical continuity between the new and the old. "We want to keep the roots Americana vibe going while branching out into up-and-coming artists," she says. One beloved Sweetwater tradition, Open Mic Mondays, returns on Jan. 30, hosted by Austin de Lone.

Bonnie Hayes, a Marin County musician who hit it big in the 1980s and went on to write songs for Bonnie Raitt (another Sweetwater drop-in regular) and others, hopes that the new owners maintain the original Sweetwater's "adventurous" booking spirit. An early walkthrough of the soon-to-open hall with Klein was reassuring, she says.

"We had Ry Cooder, Carlos Santana, Albert Collins, John Lee Hooker and Robert Ward all onstage at the same time," Goddard remembers of the original Sweetwater, adding that Jeanie Patterson, who ran the saloon during its most spirited years, was absolutely "fearless" in asking musicians to play her small stage. An anniversary party in 1989 drew performances by the likes of Costello, Nick Lowe, Sammy Hagar, Bob Weir, the Fabulous Thunderbirds, Charles Brown and Jerry Garcia.

Of course, times have changed. Patterson retired in 1998, and subsequent Sweetwater owners Thom and Becky Steere aren't involved in the new venue. Also, increasingly restrictive booking contracts in the music industry may keep touring artists who play San Francisco from playing the Sweetwater due to its close proximity, a common restriction known as a "radius clause."

Because of Marin's relative quiet since the Sweetwater closed, Hayes welcomes its return, and believes it heralds a resurgence for Marin's music scene.

"We've lost a sense of the true essence of what Marin style is," says Hayes of the last five years. "To me, it's just started feeling culturally bereft. It's turned into the place where wealthy people can be comfortable, but there's nothing really interesting going on. This makes me feel like there is a specific Marin culture and history that's being honored and supported by these musicians, and that's great."

With the latest announcement that the Grateful Dead's Phil Lesh will open a new restaurant and music venue in San Rafael at the old Seafood Peddler location, and with last year's reopening of George's Nightclub in downtown San Rafael, could this signal a renaissance for a once-strong scene?

All signs point to yes.

"That is the main goal: to bring music back to Mill Valley," says Holt. "In recent years, since Sweetwater closed, it's kind of waned. There are so many amazingly talented musicians in this county that don't have a venue to do anything in. We wanted to make a venue to bring back the music."

Or as Weir has said in a prepared statement, "Woo-hoo! Mill Valley finally has its playpen back!"