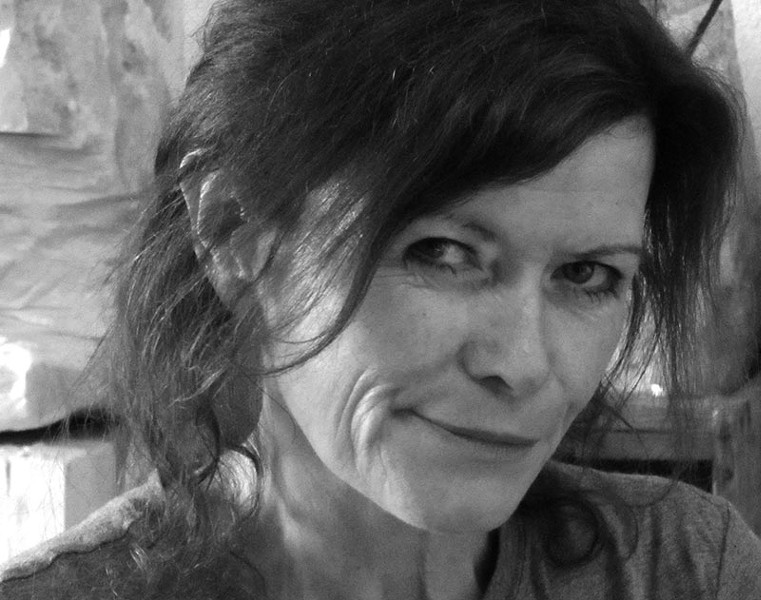 When music journalist Sylvie Simmons first started writing for Sounds in her homeland of England back in 1977, she probably never imagined that her journey through the world of rock and roll would end up taking her to the Mount Baldy Zen Center, seeking out strands of Leonard Cohen's life story.

But that's just one of the many adventures that ensued as the San Francisco–based writer did the legwork for I'm Your Man: The Life of Leonard Cohen, a 2012 New York Times bestseller.

Simmons, who performs on Feb. 22 at the Arlene Francis Center, took up the ukulele because it was so portable (she likens it to a "little puppy" that's easy to take on the road) and her neighbors had complained that the banjo she'd been playing was too loud. "It's an expressive and sweet little instrument," says the self-professed ambassador of the uke.

Simmons will perform a selection of her own "melancholy" songs, some of which appear on her new album. Recorded in Tucson, the album was produced by Howe Gelb, a respected indie musician (most notably as the founder of the band Giant Sand) who adds backing accompaniment.

Simmons' set will also feature a selection of Cohen tunes, part of a repertoire of songs she learned during the process of working on I'm Your Man. "I must have learned every Cohen song by the end of the book," she says with a laugh. For her Santa Rosa performance, she'll be backed by bass player Colleen Browne, who played in the Wronglers with Hardly Strictly Bluegrass founder Warren Hellman.

Simmons first heard Leonard Cohen in 1968. As a girl growing up in London, she bought a Columbia Records compilation album that happened to feature Cohen's song "Sisters of Mercy." Cohen's "hypnotic and mesmerizing voice" leapt out at her, leading to a lifetime love of the sultry-voiced Jewish-Canadian's music. "There was a sense that he knew something, and I was just so drawn to that—the haunting intimacy of his voice," she says.

Simmons insists that though the book comes from a place of deep respect for Cohen, it's by no means a whitewash. A veteran music journalist who's written for Creem and Kerrang!, and who currently writes an Americana column for MOJO magazine, Simmons dove into the legwork, flying around the world to meet people and ask questions. The sweat equity shows in the extensive interviews with the many people who influenced Cohen's life and songs over his impressive career as not only a singer-songwriter, but as a poet and novelist.

"It felt like it took two lifetimes," she says about the multi-year research process, the seeds of which were planted after Simmons attended Cohen's comeback tour in 2008 and saw the love and devotion of his millions of fans.

"I just saw this wave of love that accompanied him everywhere that he went," she says. The book would need to be thorough, and unlike the Cohen books that came before, she wanted it to focus less on his pop stardom and more on his literary and poetic career. But first Simmons would need the man's blessing, as this would give her access to the A-list interview sources, the best friends, family members, ex-lovers and artistic colleagues that could really help her unravel the DNA of the Cohen origin story.

"He was very gracious and didn't make any hindrance whatsoever," says Simmons. "He allowed me to interview him at some length and to use materials from his archives. I was totally blessed by his support. He gave it without any conditions. It wasn't like, 'Let me read this and let me change it.'"

With the freedom of literary license, Simmons was able to write an unconventional biography, combining the engaging scenes, descriptions and dialogue found in the best fiction with a solid, reliable telling of one of the most fascinating people in the music business. Her considerable writing chops developed over a remarkable career writing music pieces and short fiction (her short story collection, Too Weird for Ziggy, was published by William Burroughs' Black Cat imprint) are on full display in the Cohen book. And Simmons still looks back fondly on her years writing for Creem (which also featured writing by Lester Bangs) and other magazines of rock's heyday.

"At the time, the music business was exciting and had all this money and desire to send you everywhere," she recalls. "It was a complete golden age of rock writing, and I was so lucky to have been there at the right place and the right time, and to be one of the few women doing it; there weren't many of us. I haven't really stopped."