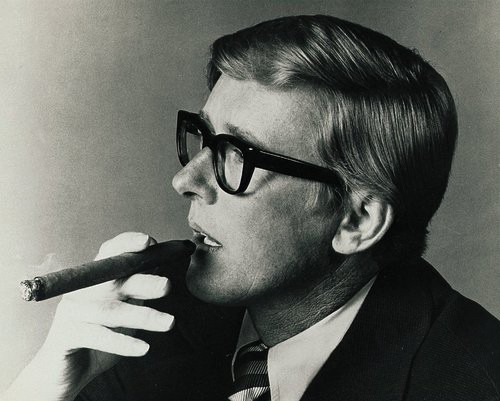 As seen in the documentary Watch Horror Films, Keep America Strong by Petaluma filmmaker Tom Wyrsch, San Francisco's beloved Bob Wilkins was in that tradition, but not of it. Wilkins was a Midwestern former steel worker who rode KTVU's waves into the memories of thousands of northern Californians as a cigar-smoking lounger in a JFK-style rocking chair. The host of Creature Features was a cinema scholar in a time when no internet was available to prod lazy memories. Wilkins was honest ("I felt I had to be honest," he said) about the limitations of his wares, the unbelievable previews for which are part of Watch Horror Films.

A famous incident, reported from two sides in the documentary, involves the time Wilkins advised his audience to actually avoid the movie he was about to show, Attack of the Mushroom People. Indeed, he read the TV Guide on the air to suggest alternative viewing on other channels.

Watch Horror Films conveys the independence of KTVU in those days. I can remember when the nude scenes in Nicolas Roeg's Walkabout weren't trimmed, despite a 4pm broadcast. Once, Creature Features famously broadcast a lesbian vampire film called Twins of Evil in which an actress bares her, um, twins of evil. The FCC never came thundering down; the "community standards" defense worked at the time, and since San Francisco was the community in question, well . . .

Wilkins retired in 1979. Longtime fan and Chronicle scribe John Stanley took over for the next six years; the intrepid critic and researcher brought in an assortment of junketing stars. Creature Features' guests include Ernie Fosselius, creator of the first and best Star Wars parody, Hardware Wars, as well as Anthony Daniels, the man who wore C-3PO's metal carapace. Both the ever-terrific George Takei and later Star Trek-ian Whoopi Goldberg were guests. And there's a story here about Christopher Lee you don't want to have spoiled.

The documentary is as thrifty as Wilkins' sets; talking heads onscreen make for nodding heads in the audience. Yet it celebrates a show well worth honoring, evergreen in the memories of Bay Area B-movie buffs.