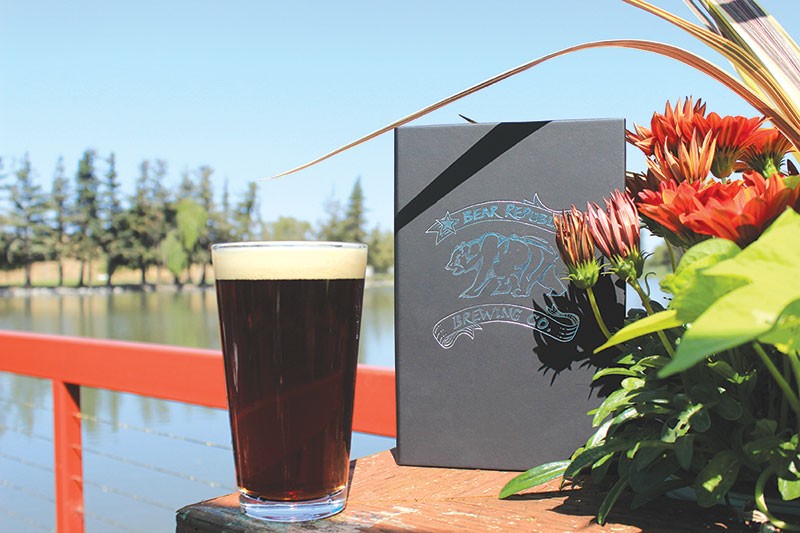 I pull into the parking lot and nab a spot in front—I can already tell it's busy at the new Bear Republic brewpub on Robert's Lake in Rohnert Park.

It's opening night and everybody has the same idea as me: grab a beer and check out the new place. Bear Republic Brewing Co. opened in 1995 in Healdsburg; Rohnert Park is its second location.

After I put my name on the list, the hostess encourages me to head out to the lakefront patio where I can hear a sea of voices and a band. I open the doors and am immediately enveloped in sound. Bear Republic has put plenty of thought into how to utilize such a large space, and they've managed to make it cozy and fun in every corner. On one end of the patio, you'll find games; on the opposite side, tables line up in front of an outside bar. In the middle of the patio, a band plays bluegrass underneath giant palm trees.

What strikes me most is that everyone looks so happy. Older couples dance along to the band, all the games have players, and nobody seems bothered by the fact that there's no place to sit.

The menu is typical brewpub fare. For starters, I go for the fried calamari ($12), artichoke and spinach dip ($8) and macaroni and cheese ($11). The order of calamari is small, but lightly battered and good. The dip is so creamy it runs off of the chips. The best is the macaroni and cheese. The cheese is thick, and it's garnished with breadcrumbs and herbs that elevate the dish.

For opening night, the only entrée options are pizza and hamburgers. I order Bear Republic's most popular burger, the Black and Blue ($15). The smoky taste is slightly overwhelming, and I find it hard to taste much else. But Cajun spices and sliced avocado buoy the burger.

I also have to taste some of the pizza, so I go with a vegetarian option this time: the Garden Pizza ($14). Like the skimpy calamari, the artichoke hearts, red onions. zucchini and bell peppers on the pizza are few in number but still satisfying.

And the beer? Of course I order Robert Lake's Sunset Wheat ($6 for 16 ounces), a newer addition to the menu. It doesn't have the citrus and fruit flavors I associate the wheat beer, but leans toward a Racer 5 with a fuller hoppy flavor and a classic wheat finish.

Bear Republic is off to a great start.