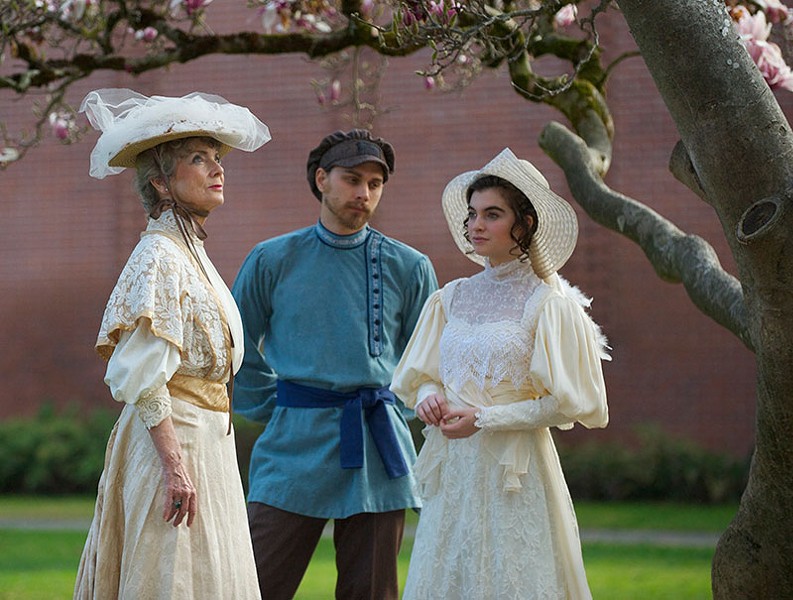 Whether writing vast multi-actor epics or slapstick short-form farces, Chekhov had a way of burying the typical forward action of his plots in the evolving emotional lives of his characters. In so doing, Chekhov keeps audiences looking for the story in the wrong places until—abracadabra!—we suddenly see that the real story was happening somewhere else.

For an audience willing to be patient and enjoy the musicality and ingenious humor of the language, an evening of Chekhov—if performed by actors who get what they're doing—can be an awe-inspiring experience. And for actors, the chance to bounce one's craft against the massive wall of Chekhov's genius can be transformative and life-changing.

Which is why theater companies love doing Chekhov.

In Santa Rosa, two separate companies have just opened shows by Chekhov, giving audiences a chance to see the vast range of his talent, from a cluster of his playful one-acts being staged by the Imaginists to what many believe to be Chekhov's crowning achievement, the mournfully brilliant Cherry Orchard, presented by a cast of student actors and professionals at Santa Rosa Junior College.

Asking beginning actors to tackle Chekhov is a little like sending a rookie out during the Super Bowl, but college theater arts programs would not be doing their job if they didn't allow students to have a go at a Chekhov play now and then.

Director Leslie McCauley has built an actual cherry orchard inside the Burbank Theater, with faux trees all over the place, including a few out in the seats. The story of a family of once wealthy landowners making all the wrong decisions as they face the loss of their once-thriving estate will have plenty of resonance for modern audiences, some of whom might be surprised to discover Chekhov used the phrase "the 99 percent" to describe the have-nots in a play 110 years old.

At the Imaginists, Tobacco, Sparks, Fireworks, Chekhov looks to be a typically inventive bit of experimental theater, with three of Chekhov's funnier shorts. On the Harmfulness of Tobacco is a one-person play in which a man attempts to give a lecture but can't stay on the subject. The Proposal is a farce about marriage and the art of arguing. And Dirty Tragedians and Unclean Playwrights is, well, flat-out indescribable.

Whether in the mood for Chekhov as a full meal or as tasty little bites, now is a good time to sink your teeth into one of the greatest writers who ever lived.