Waldorf educators confront the era of iPads and the Common Core

'There was one student in the class who was media-free," recalls veteran Waldorf educator Jamie Lloyd. "There was such a difference in attention span between him and the rest of the class."

Lloyd, who taught for 14 years at Summerfield Waldorf School and Farm in Santa Rosa, says the fourth grader could hear a lesson once, remember and learn it, "and he could tune out any distracting behavior in the classroom. He was much more put together, and it appeared it was because he was living much more as a child, as a fourth grader," says Lloyd.

That's the dream Waldorf child: fully engaged, unmediated at home, and tuned in to the hands-on, gadgets-off—or completely gadget-free—education.

The North Bay is a mecca for Waldorf education, an experiential, humanistic pedagogy developed by the Austrian philosopher Rudolf Steiner early in the last century. There are seven Waldorf-inspired public charter schools in Napa, Sonoma and Marin counties and two private Waldorf schools. There's even a Waldorf training academy near Sacramento, the Rudolf Steiner College. Outside of California, there are about 20 Waldorf charters spread around the country.

The popularity of Waldorf schools is unsurprising. The education can be a great and natural match for North Bay ethics of sustainability, self-reliance and respect for the natural world. The school traditionally delays exposure to technology until the eighth grade in favor of an unplugged education, and for many parents, that's part of the appeal. They don't want their kid reading My Side of the Mountain on a Kindle, at least not yet. But that core tenet is being tested, as public Waldorf-inspired schools raise questions about the pros of technology in the classroom.

'The parents who come into this are choosing a lifestyle," says Lloyd, who is now in his first year as Summerfield's lower-school coordinator. "They are keeping things much simpler, and keeping the media out."

The Waldorf charter movement in the North Bay bridges a gap for parents who shy away from the private-school tuition that comes with the independent Waldorfs but who want their kids exposed to Waldorf values.

The added costs for those parents are compromises over technology, given the reality of the new mandates.

Common Core is a set of education standards developed by states and promoted by Obama's education department. The standards de-emphasize failed "teach to the test" models that arose from George Bush's No Child Left Behind Act.

"The public charters' problem is computerized testing," says Will Stapp, the new business administrator at the private Marin Waldorf School in San Rafael.

The state field-tested the standardized-test infrastructure this spring and summer in preparation for limited computerized testing for grades three and up. 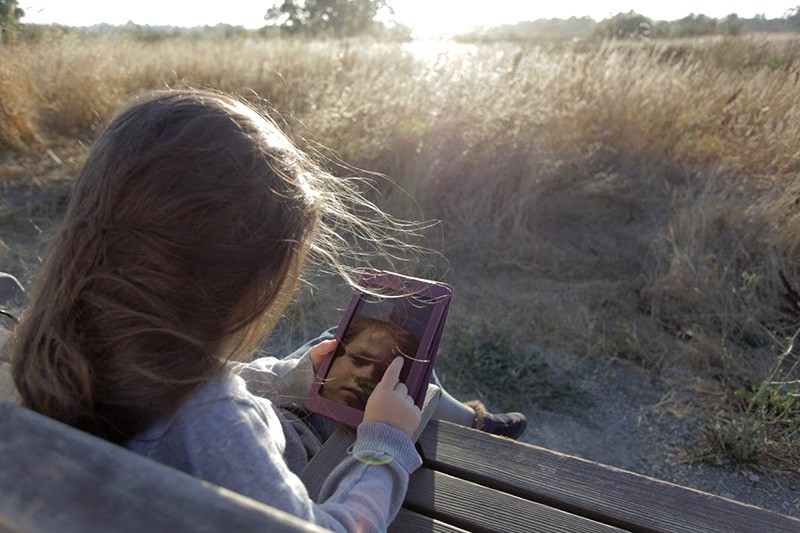 "It's been a real debate in the public Waldorfs," says Stapp, who came to his post two months ago from the Waldorf-inspired Novato Charter School.

"More than anything, there was federal money pumped into the system," he says, "to make sure they had the capacity online to do this.

As officials tested capacity, the Sebastopol Charter School, a Waldorf-inspired K–8 school, took the federally funded laptops that came with the Common Core mandate to expand computer studies for middle-schoolers.

The school will also offer a class on social-media ethics, its first, starting this fall.

Common Core "triggered an in-depth conversation," says the school's executive director Chris Topham. "Maybe it's time to embrace this and figure out how we are going to teach computer skills. Let's go even beyond that: sixth graders can learn about media ethics," says Topham, who until a year ago was in the Summerfield post now held by Jamie Lloyd.

For one Waldorf student, the arrival of laptops and computerized tests this spring was cause of great consternation.

"My son burst into tears about this," says Loretta Mijares, who has two children in the Sebastopol charter.

"He said, 'It's not a real Waldorf school!' He was not happy—he wanted to be transferred to Summerfield."

But her fifth grader got used to the idea, she says, and when the computers and tests were field-tested, "he was intrigued and interested."