In 'Leviathan,' a Job-like figure fights for his home 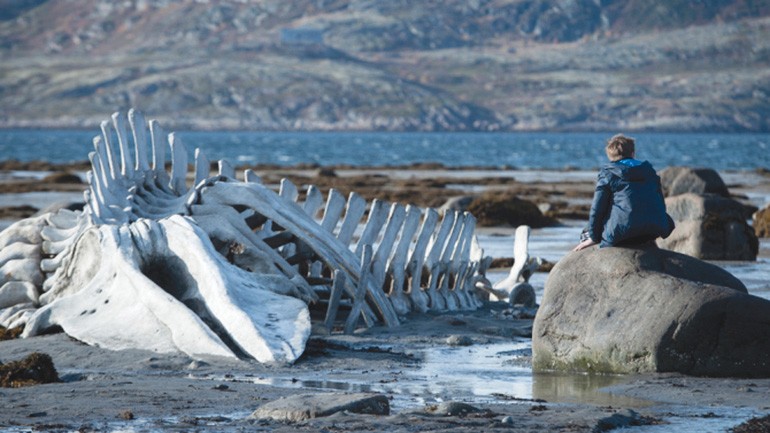 Andrey Zvyagintsev's magnificent Leviathan sources the Book of Job and perhaps Tolstoy's variation on that story, "God Sees the Truth, But Waits."

Jehovah's question in Job 41:1 ("Can you pull in Leviathan with a fishhook or tie down its tongue with a rope?") gives the fascinatingly somber film its title. It is, among other things, the ultimate fictional study of life under Putin, and I don't doubt it's the kind of film they could kill you for making.

On Russia's frosty northern Pacific coast, Kolya (Aleksei Serebryakov) is in the final stages of a lopsided battle with his town's childish, self-satisfied mayor Vadim (Roman Madyanov), who wants to grab the house Kolya lives in—the house built by Kolya's grandfather. The mayor offers him a fraction of what the property is worth.

The seascapes grow on you as Kolya's ramshackle wooden place becomes more homey, more worth fighting for. The sunrises on that iron-cold sea are heartbreaking, but so is the waste and corrosion in this widescreen landscape—the rotting skeletons of boats, the houses left half-burnt. Dispossession is the big story of the last 500 years—probably longer—and this masterpiece of Russian cinema presents the search for justice and a God's-eye view of human greed.

"Everything is everyone's fault," a bystander says at one point in the film, but director Zvyagintsev lets us know who's to blame. When Vadim and his confederates meet in his office, we see on the wall above them a photo of Putin, head cocked, his pose saying, "I'm watching you."