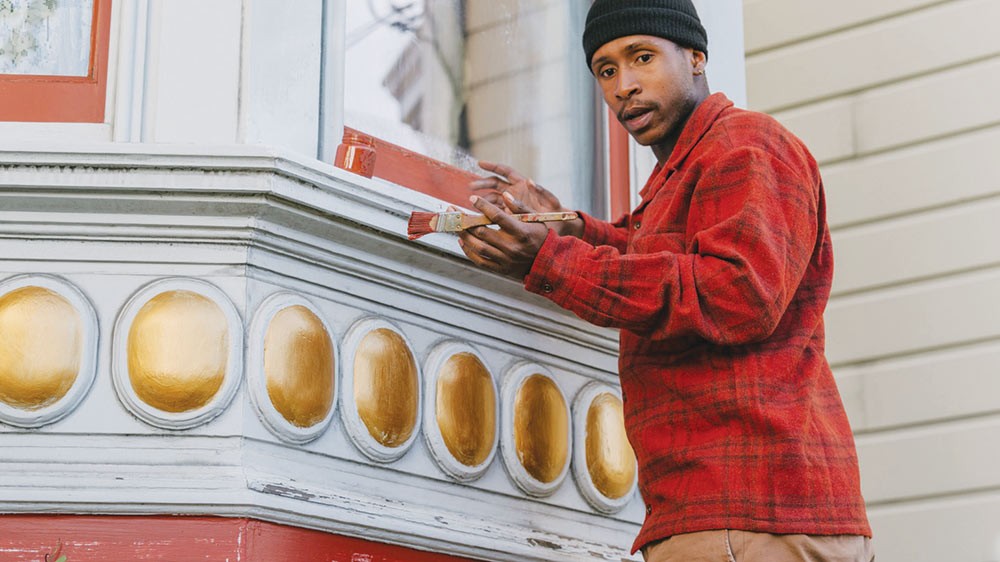 It's all about a dispossessed young man and the best friend who lives with him and studies him. Jimmy Fails (played by an actor of the same name) was homeless for half his life. He's obsessed with a Victorian house on the edge of the Fillmore; he surreptitiously tends to it, lovingly painting the windowsills even as the current tenants pelt him with fruit from Whole Foods.

He's crashing in Hunters Point, sharing a small house on a hill underneath the Sunnydale projects with his close friend Mont (Jonathan Majors) and Mont's blind grandad (Danny Glover). Jimmy feels this wooden castle of a Victorian is a family treasure. After a dispute leaves it vacant, the young man reclaims the place, if only as a squatter.

Gentrification is coming even for this remote stretch of San Francisco. But director Joe Talbot is too thoughtful to satirize the new arrivals. Talbot keeps his eye on what's left of life there.

The film is a beautifully made study of urban dispossession. Adam Newport's photography is up with the best visions of the city ever screened: a hill flattened by a long lens to look as steep as a Diebenkorn cityscape, the zeroing in on a window in a Tenderloin SRO where Jimmy's scolding father lives; at last, the wrenching finale, a scene in an open boat on oily purple water. Jimmy's conversation with a couple of newbie white girls on the Muni is a line that will be quoted as long as there's a San Francisco: What he says is as wise as the saying by whomever it was—probably not Mark Twain—about the coldest winter they ever spent.

'The Last Black Man in San Francisco' is playing at Rialto Cinemas in Sebastopol and Summerfield Cinemas in Santa Rosa.