So just how 'clean' are the companies vying for the Sonoma Clean Power job? 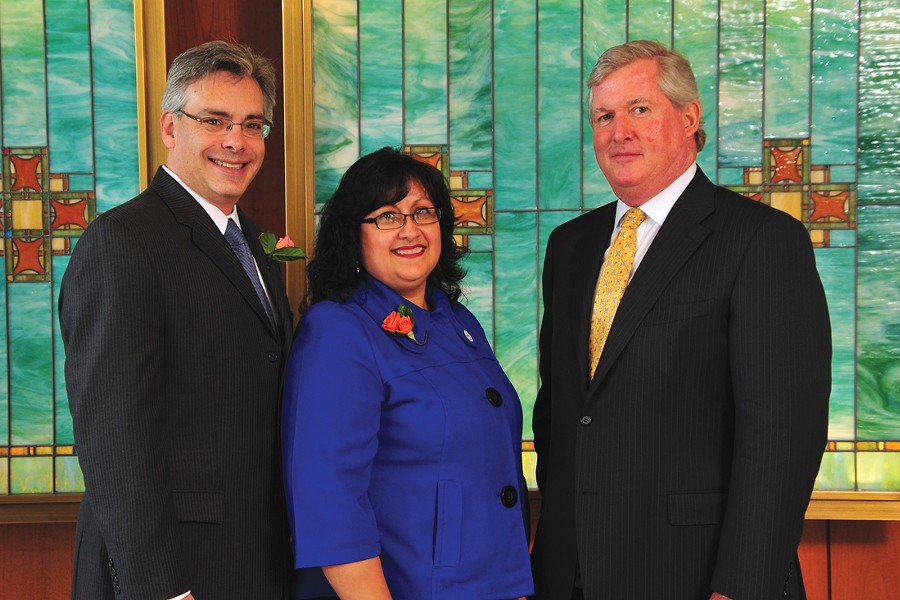 With the tentative approval of Sonoma Clean Power by the Sonoma County Board of Supervisors, each of the county's municipalities has a choice to make. With a short-list of four potential energy suppliers, the county's Community Choice Aggregation—which would break with PG&E to buy power on the open market—is poised to go forward pending each city's yea or nay. Like Marin Clean Power, individuals will be given the ability to opt-out and continue receiving service from PG&E.

What may sound like a no-brainer for green-conscious, PG&E-wary Sonoma County is complicated by the concept of buying power from one of four out-of-state bidders, each offering a different mix of fossil-fuel, nuclear and renewable options. According to Cordel Stillman, who is heading up the research for the nascent program on behalf of the Sonoma County Water Agency, the final four were chosen based on overall price, financial viability, power supply, use of local renewable energy and assistance during startup. Sonoma County will examine the specifics of each supply more thoroughly during the next bidding round, he says.

Below, we take a look at the final four, including their top employees, the mix of energy they offer and any iffy business practices or human-rights violations they've been associated with. Like the cities prepping to make a choice, readers can make their own decision as to how truly "green" these corporations are, and whether they top PG&E.

At the helm David Crane, president and CEO, has been with the company for 10 years, working in various positions at International Power and Lehman Brothers before that. Kirkland Andrews, VP and CFO, also comes from banking, working with Citigroup and Deutsche Bank prior to joining NRG.

Energy mix Of its nearly 100 plants and facilities sprinkled around the United States, roughly one-tenth is solar or wind, with the rest generating power from fossil fuels. Crane has stated a goal of curbing the company's carbon emissions, but though its use of coal and oil total only about one-fifth of the total mix, NRG relies on fracked natural gas. All of its California plants use natural gas. As of 2012, it owned a 44 percent share in one nuclear facility in South Texas.

At the helm Badar Khan replaced longtime CEO Chris Weston in April of this year. Before his 10 years with Direct and its parent company, Centrica, Khan worked for a variety of corporations and consultants, including the controversial pair KPMG and Deloitte. While the former company created fraudulent tax shelters for high-ups in the finance industry—withholding as much as $2.5 billion—the latter has been accused of money laundering for the Iranian government and publishing false information on behalf of the tobacco industry. Former CEO Weston has been an outspoken advocate of governmental deregulations of the energy industry.

Energy mix The company purchases electricity from five wind farms in Texas and owns 4,600 natural gas wells in Alberta, Canada, purchased from Suncor Energy and Shell Canada. Ratios of the company's fossil fuel-to-renewable power sources are not published on its website.

The dirt Between 2001 and 2004, Direct Energy was found by several regulators to have signed up unwitting clients in four U.S. states and two Canadian provinces. According to a newspaper report, the company brought attention to itself by accidentally signing up an Atlanta man who had been dead for over 20 years. It was charged with unethical business practices and fined $500,000 stateside and $150,000 in Canada.

At the helm Kenneth Cornew is the current president and CEO of Constellation, which was purchased by Exelon in 2012. He has been with the parent company since 2003. Christopher Crane, president and CEO of Exelon, comes from nuclear energy, working in management for plants in Texas and Arizona before joining Exelon in '98.

Energy mix Not surprisingly, considering its CEO's background, Exelon bills itself as the largest owner and operator of nuclear plants in the United States. With 10 plants and 17 reactors, roughly 55 percent of the company's total energy is nuclear. Another 35 percent is fossil-fuel-based, with hydro, wind and solar making up another 10 percent.

The dirt Though Exelon has supported cap-and-trade legislation—the largely nuclear organization would likely benefit if such policies limited the availability of fossil fuels—it is not without environmental blemishes. In 2005, it was fined $600,000 for a sulfur dioxide leak from a generation station in Pennsylvania. In 2006, the company disclosed that one of its Illinois nuclear plants had leaked more than 6 million gallons of water laced with radioactive hydrogen, known as tritium, since the '90s.

At the helm Kevin Burke, the CEO of parent company Consolidated Edison, has been with the organization in various positions since 1973.

Energy mix An energy retailer, ConEdison Solutions offers several "green" packages, including wind from national farms and wind from farms in consumers' regional area. The company will also install solar systems upon request. In New York City, its parent company supplies customers with a mix of electricity and heat imported from a hydroelectric plant in Quebec and a handful of gas and electric utilities.

The dirt Like PG&E, many of ConEdison's problems have involved maintenance—and lack thereof—of New York's aging pipe system. According to a report by Public Campaign, ConEdison was high on a list of companies—topped by GE and PG&E—that paid no federal taxes between 2008 and 2011. During that same period, the company reportedly spent almost $2 million in lobbying fees.