The Future Is NEW 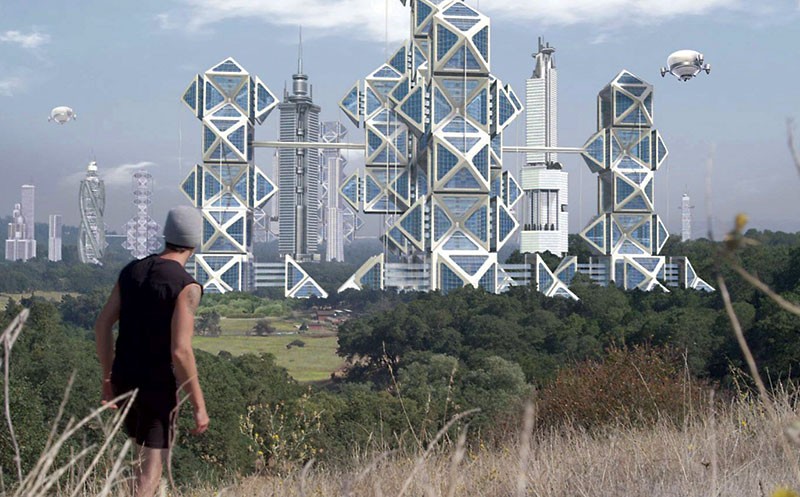 John Harden has spent a lot of time lately thinking about the future. Not his future— the future of humankind.

Citing Star Trek and Blade Runner as influences, Harden—whose short films tend toward the fanciful and imaginative—has been working to bring his latest filmic vision, NEW, to life. Shot last summer, the sci-fi short is set in a gleaming approximation of Sonoma County in the 22nd century. Harden has been raising money and pulling editing all-nighters to get NEW ready for spring and summer film festivals.

"That's what happens with a project like this," he says. "A lot of it happens up in your head, but then all the rest is just plain hard work."

NEW follows an elderly couple who are frozen after dying, then brought back to life in the future, in 20-year-old bodies. The couple's emotions as they react to their second chance at life, in a world they barely recognize, make for a film that's part science fiction and part love story.

Harden elected not to make the future Sonoma County look like most sci-fi films of recent years: dark, smoggy, full of people who live in factories.

"Cautionary tales have their place, of course, and I love those movies," says Harden, "but I think dystopian views of the future are just a trendy stock solution. It's not a good trend, because an unvaried diet of dystopias doesn't warn us, it just points us toward despair."

Harden believes we need the utopias, too.

"I think that's one reason that NEW got [an] endorsement from sci-fi author and futurist David Brin, back when we were launching our first online fundraiser," says Harden. "He and I are simpatico on that point—which is why my movie shows a lush green future of rolling hills and puffy white clouds."

Harden has had some success with his short films, which include La Vie D'un Chien, another science-fiction labor of love. The film, about a scientist who turns himself into a dog, was well-received at the Sci-Fi London Film Festival and won several awards. NEW has been accepted to the 2014 Sci-Fi London Fest, even as Harden puts finishing touches on the film and launches a final crowd-sourcing effort to complete the special effects.

Harden says the film is 85 percent of what he'd imagined it would be when he started writing it three years ago. There were compromises and lucky breaks along the way, as artistic decisions took a back seat to financial realities, and Harden had to find creative solutions to unexpected problems.

"You can't predict how a film will come out," Harden says, "like you can't really predict the future. But I'm happy with the film."

So much so that he plans to use it as a launching pad toward a feature-length version.

"Not too far in the future, I hope," Harden says with a laugh. "Not too far."