It's ye olde battle of the sexes in Vinterberg's 'Madding Crowd' 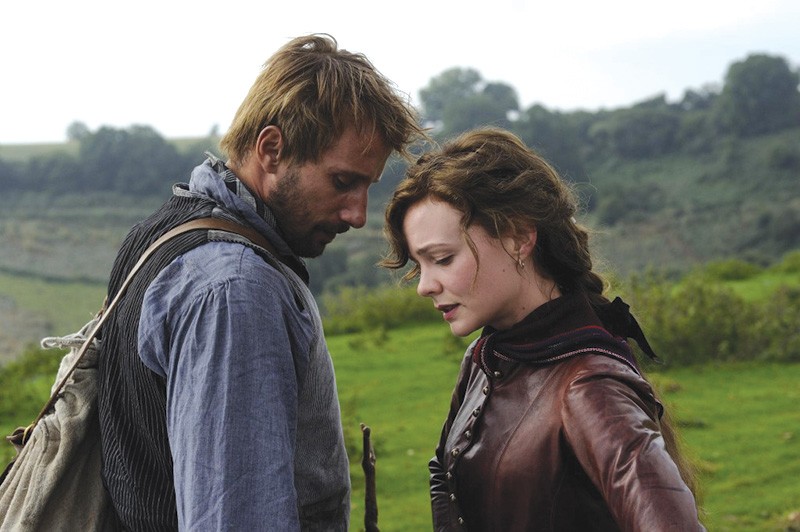 Compared to most of the work of English novelist Thomas Hardy, Far from the Madding Crowd is practically a frothy rom-com. One can ignore the dead baby, shot dog and apparent suicide as mere elements adding tone to the story of a propertied, principled lady.

Director Thomas Vinterberg keeps the tension taut as Miss Bathsheba Everdene (Carey Mulligan) weighs vying suitors. Before he's ruined by an undisciplined sheepdog—and finds himself hired as her farm hand—Gabriel Oak (Matthias Schoenarts of The Drop) is Bathsheba's first suitor, who blurts out a marriage proposal while delivering her a lamb as a gift.

Bathsheba's next suitor is William Boldwood, an older farmer of strong moral force but not much personal interest. He's played by Michael Sheen, maybe not the right actor for the job. The farmer is obviously solemn and decent, but it's unclear what kind of man Bathsheba thought she could tease out of him, using an anonymous Valentine's Day card.

Bathsheba's last and bluntest suitor is a red-coated soldier. Sergeant Troy (Tom Sturridge) is first affianced to the village girl Fanny (Juno Temple). He appeals to the animal side Bathsheba didn't know she had.

Maybe there's merit to the old critique about Hardy film adaptations: they're always too long yet never long enough. Right before Bathsheba finally chooses the right man, Vinterberg cuts to the exasperated groan emitted by her dog, who has presumably had just about enough of his mistress' dawdling.