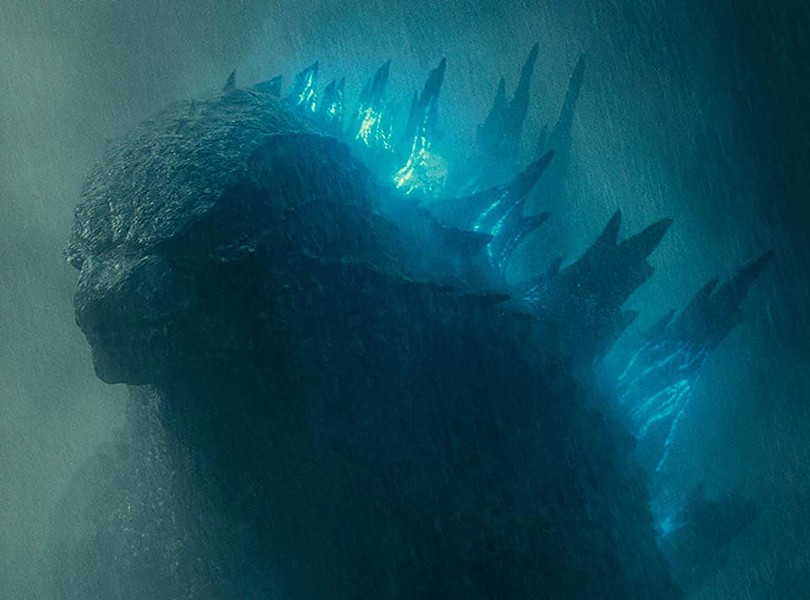 The very title of Godzilla: King of the Monsters makes up for Michael Dougherty's bewildering direction. The "who, what and why" isn't just out the window, it's over the hills and far away.

Sizable info dumps are required because of links to Godzilla (2014), and there's more cast than anyone knows what to do with: Sally Hawkins and David Strathairn stand around like guests who don't know anyone at the party. The suggestion of PTSD is back, with paleobiologist Dr. Emma Russell (Vera Farmiga) waking up from the familiar nightmare of a giganotosaurus trampling San Francisco. Farmiga is a favorite tragedian, a woman of constant sorrow who never wears out that mood. Her Emma lives with her daughter Madison (Millie Bobby Brown) who takes the traditional kaiju role of the plucky schoolkid in short pants who understands things the adults fail to take into consideration.

Emma is working with Alan Jonah (Charles Dance), a wealthy eco-terrorist bent on freeing the world's chimera. Dance is the one who, sighting Godzilla, says, "Long live the king," as if something were dying inside of him as an actor. It seems counterintuitive to free monsters after one stomps your son, but we get an explanation. Farmiga has one of those effective mad-scientists speeches that starts logical and ends up fanatic. Meanwhile she finds herself re-encountering her estranged ex husband Mark (Kyle Chandler), recruited by the world's monster-monitoring organization MONARCH.

All credit to Ken Watanabe reprising his role as Dr. Ishiro Serizawa from Godzilla (2014). He gives the beast all reverence: "We must keep our faith in Godzilla." Serizawa gives the grimmest warning a Japanese scientist can possibly give in a kaiju: "This is a dangerous path!" Insincerity does not dwell in Watanabe, and his final contact with Godzilla is quite touching, a tribute to the dramatic underpinnings of the better Toho studio movies. If it's sometimes hard to tell which MONARCH base we're at, what city we're in and which direction the monsters are coming from, at least we always know the proper attitude to approach Godzilla: on our knees.

'Godzilla: King of the Monsters' is playing in wide release.