The plot thickens over what really constitutes mayonnaise 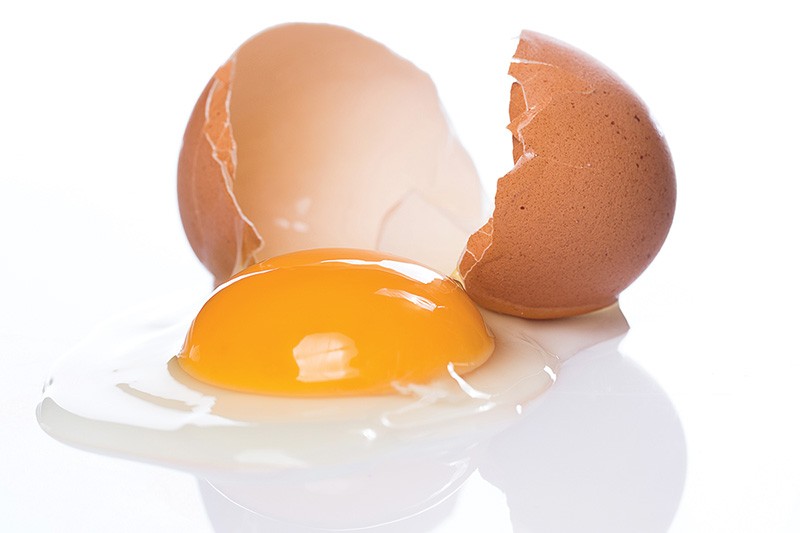 Last month, the Guardian reported on emails that revealed possible collusion between the American Egg Board (AEB), a group that receives federal funds for marketing, and two industry groups. I'll call them Big Egg and Big Mayo.

Their shared goal was to throttle the growth of an upstart purveyor of egg-free mayonnaise, the Silicon Valley–backed Hampton Creek, which turns four years old in December. The AEB is a taxpayer-funded group. The emails, obtained via a Freedom of Information request, detail a sustained campaign against Hampton Creek by the AEB, the president of which wrote that Hampton Creek's Just Mayo product presents "a crisis and major threat to the future of the egg-product business."

Words like "attack" routinely appear in the AEB emails, which amount to a group brainstorm over what to do about the Just Mayo problem. It turns out that AEB had advised Unilever during its brief legal campaign against Just Mayo in December 2014, in which the parent company of Hellmann's/Best Foods Real Mayonnaise sued Hampton Creek over the name of its signature product, Just Mayo.

The lawsuit alleged false advertising because mayonnaise contains eggs, according to the FDA's definition, and mayo is nothing more than shorthand for mayonnaise. The action turned into a PR disaster for Unilever, which was crucified on social media for being a corporate bully, while at the same time giving Just Mayo a huge publicity bump. The fact that Unilever actually appeared to fear Just Mayo made people all the more curious.

Unilever dropped the suit, but was encouraged by the AEB to "push" the FDA to take a look at the Just Mayo label, and make its own ruling. In August, the agency ruled that Just Mayo can't be called mayonnaise, or mayo, because it doesn't contain eggs.

The emails also revealed attempts, some successful, to pay food celebrities and high-profile food bloggers to emphasize the irreplaceable nature of real egg products, thoughts on how to pressure Whole Foods not to carry Just Mayo and even included the presumably joking suggestion that someone contact "some old buddies in Brooklyn to pay [Hampton Creek CEO Josh Tetrick] a visit."

Besides being a bit out of touch with how things are going in Brooklyn these days, using taxpayer money to joke about taking a hit out on the head of a company isn't appropriate for government business, nor are collusions with certain corporations to gang up on another. Tetrick says a congressional investigation is coming.

What is mayo? According to the FDA, "[m]ayonnaise is the emulsified semisolid food prepared from vegetable oil(s), one or both of the acidifying ingredients specified in paragraph (b) of this section, and one or more egg yolk-containing ingredients." The definition also states, "Mayonnaise contains not less than 65 percent by weight of vegetable oil."

This last sentence is the most meaningful, because mayo is, in essence, an oil-based condiment in a semi-solid, spreadable form. Therefore it must consist mostly of oil. And the only way to get it into that pleasing mayo form is to emulsify it.

Emulsions are stable mixtures of substances that typically don't mix, or stay mixed; in the case of mayo, those would be oil and water. Yolk has long been an irreplaceable ingredient in mayo because it contains many emulsifiers, and does a wonderful job at making mayonnaise emulsions that are sturdy, creamy, durable and non-offensive.

All of that extra oil sets real mayonnaise apart from wannabe spreads like Miracle Whip, which is considered a dressing and not real mayonnaise because it is thickened with added starch and sugar.

But while fat is essential to mayonnaise, egg is not, especially with so many plant-based emulsifiers having come along that work just as well as egg yolk in taking seasoned oil to that special, creamy place. The ingredients in Vegenaise, another brand of egg-free mayo that happens to be in my (decidedly non-vegan) fridge, are virtually identical to those listed on the label of Hellmann's/Best Foods, with the only difference being that egg yolk is replaced by pea protein.

One would think Vegenaise would present a crisis as well, but apparently not. None of the controversy or drama that surrounds Hampton Creek has rubbed off on it.

I suspect the FDA law will be changed because it's wrong, as anyone with a mouth could tell you. But the mayo wars might churn for a while first.