Under 30: the brave new world of ranchers, farmers and hog butchers 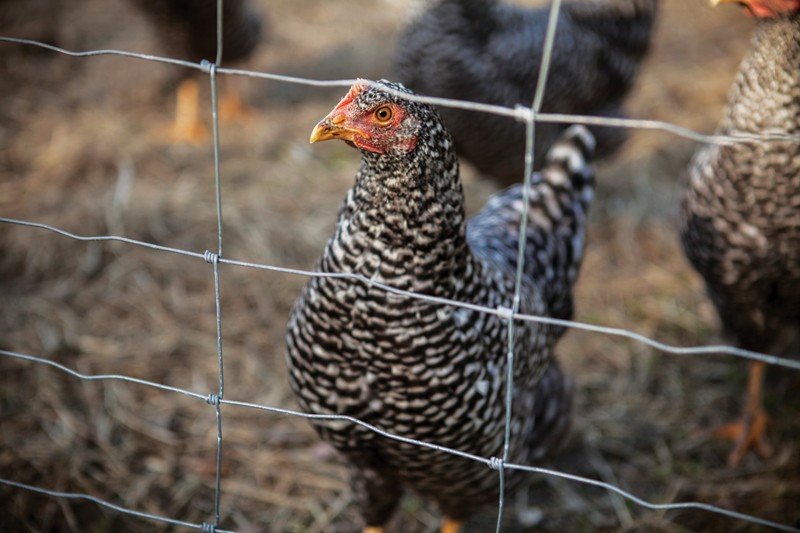 At Barnard College, the all-woman's school in New York, Judy Butterfield hunkered down with history. But once she graduated, she came home to California and embarked on a three-month internship at Green String Farm under the tutelage of the legendary Bob Cannard, who has educated more organic farmers than any other farmer in Northern California.

Now 23, Butterfield lives with friends on True Grass Farms in Marin County and works at Grow Kitchen—a new West County hub for food, gardening and media on the outskirts of Sebastopol—where she weeds, mulches and struggles to stop soil erosion. She's fast becoming a jill-of-all-farm-trades, though she says she "cowers and wonders at the bigness of it all."

At Green String, she worked with piglets and rabbits, and as a Woofer in France, she acquired agricultural and communication skills. "I'm still a novice in the farming world," she says. "In college, I learned how to deconstruct everything. I realized that I wanted to make and grow things and live in and with the landscape. That's what I'm doing now."

At a recent Mardi Gras dinner, Butterfield joins a lively group of two dozen young farmers and ranchers—nearly all of them novices under the age of 30—at Grow Kitchen, where they eat scrumptious gumbo and white rice made by Matthew Elias, the creative chef at Saltwater Oyster Depot in Inverness. I don’t see an ounce of fat on anyone in the room, nor a fatty entree on the large wooden table where potluck salads and pastas are arrayed. A lean, but not a mean group, these under-30 farmers eat meat proudly and raise healthy animals on farms such as Green Valley Village, Pocket Creek, and Green String—from Valley Ford and Petaluma to Graton and Occidental.

The evening brings Judy Butterfield together with Evan Wiig, Eliza Murphy, Guido Frosini and their friends and co-workers. As many women populate the dinner as men, many in jeans and flannel shirts, a few in overalls and work boots, and everyone wearing Mardi Gras beads. There isn't a wallflower in sight; one and all converse intensely in twos and threes about food, farming and the art of slaughtering pigs, rabbits, ducks, chickens, cows and the high and mighty hog.

Hard-working realists, they share information about pasture land, pig genetics, the best breeds of chickens, and they talk about scythes, hoes, pitchforks, shovels and tools for picking apples and for peeling them. Equipped with iPhones and laptops, they're the most plugged-in agriculturalists in human history, and unabashedly candid, too. No one I talk to uses the euphemism "harvest" that I often heard just a few years ago when I visited farms and ranches in Marin and Sonoma to gather information about the men and women who raise organic beef and boast about their beloved cows. Slaughter—not harvest—is the word that echoes tonight across Grow Kitchen.

From 2006 to 2008, when I made an eye-opening farming odyssey across Northern California, most of the young agriculturalists I met were fanatical about growing delicious carrots, delectable peas and the sweetest of melons. That was then. Increasingly, the new batch of back-to-the-land farmers are raising animals organically and sustainably, and, when their beasts are ready for market, they're cutting heads off, butchering and carving up carcasses. They're not a squeamish lot afraid of a little blood, mounds of manure or mending fences on bitter cold February mornings. (Not surprisingly, they're inspired by Zazu's Duskie Estes and John Stewart, who work culinary wonders with kale, fava beans, sorrel and more, and who bring out the beauty of bacon and pork belly.)

More than any other person in the room, Evan Wiig, 26, gave birth to this Mardi Gras meet-greet-and-eat at Grow Kitchen, which is owned and operated by entrepreneur par excellence, Jeffrey Westman. Wiig also knows how to market. Until recently, he sat at an editor's desk at Rowman & Littlefield, the New York publishing house. Now, he helps raise black Angus cows and Blackworth hogs on the spectacular 1,000-acre pasturelands at True Grass Farms.

True Grass Farms is managed by Wiig's longtime pal Guido Frosini, who was born in Florence, Italy, speaks fluent Italian as well as English, and who wants me to know that he was "baptized in Oakland." Though he wears a faded T-shirt and jeans, Frosini looks as though he might model Armani suits. If Madison Avenue wants a sex symbol for another "God Made a Farmer" commercial, he surely belongs at the top of the list.

At True Grass, which has been in his family since 1867, Frosini and the crew aren't just raising farm animals and producing USDA-certified meats; they're also aiming to "rejuvenate" the fields along the Estero Americano that were severely damaged by decades of overgrazing. To borrow a cliché, they've chosen a tough row to hoe, and yet it's spiritually uplifting and deeply satisfying.

Like Butterfield, Westman and Frosini, Wiig feels a keen sense of connection to the community. "I think I can speak for most of us when I say that we want to blend consumers and producers," he tells me. "When shoppers go to a market, such as Whole Foods, they usually depend on labels for accurate information about what to buy or not buy. We're not so much about labels as we are about conversations. Talk to us, and we'll tell you about our chickens, eggs and pork. You'll learn much more, I think, than you'll learn when you just read a label. You'll connect to the farmer, the land and the animal he or she raises."

Butterfield might well be, in her own words, a "novice." Hell, once upon a time, master farmer Bob Cannard was a novice. Like most of the under-30 crowd at Grow Kitchen, Butterfield has the bigness and boldness of the novice, and the novice's sense that anything and everything is possible. The day after we meet, she sends an email in which she writes, "Six months into farm life, I still have that feeling you have when you're shaken awake from a very vivid dream in which you're running fast from nothing and the winding streets appear as if from nowhere."

What would Bob Cannard say to Butterfield and today's novices in fields and slaughterhouses? Having heard Cannard wax poetic about slow food, slow farming, Alice Waters and Carlo Petrini, I think I know.

"Right on," he'd say. "And keeping on growing organically!"