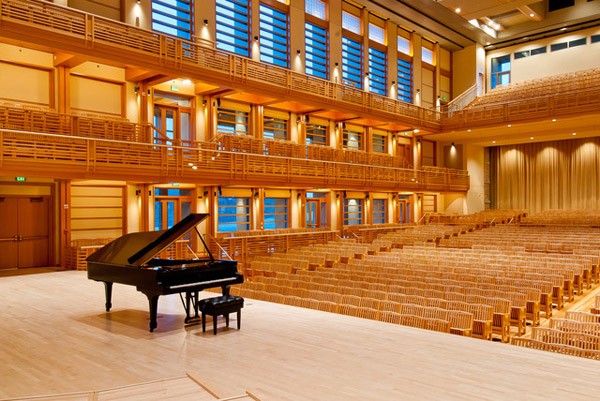 "Everything is better, the reverb and the precision," he says, comparing the orchestra's future residence to its current home at Wells Fargo Center. "But that means that you hear a pin drop. If we make one mistake, it will be heard."

The maestro is seated in symphony headquarters in downtown Santa Rosa, a black turtleneck contrasting sharply with his flyaway hair. His French-accented English is augmented with quick hand gestures and helpful onomatopoeic sounds as he explains how the new acoustics are more blessing than curse in the long run.

"It reveals the faults of the orchestra, it reveals what we need to work on," he says. "Maybe a fuller sound in the strings, maybe a more accurate, distinctive articulation in the woodwinds . . . All of that is to be played with now. The game is only starting."

The orchestra's rehearsal to an inaugural audience on Feb. 8 marked the end of a long, controversy-fraught chapter in Sonoma County music history. Ground was broken for the Green Music Center at Sonoma State University, where the hall is located, in 2000. In the decade-plus since, the cost of the hall has skyrocketed to an expected $120 million, after a projected price tag of $48.7 million. Despite its critics, the final hall, with its 1,400 beech-maple seats and state-of-the-art design, will usher SRS into a 2012–'13 season filled with classics and contemporary compositions alike.

It's the contemporary aspect that inspires the conductor. Though the symphony is no longer receiving funding to stage the works of living and emerging composers through the Magnum Opus series, Ferrandis says it's a practice he's excited to continue. "I want living composers around us, because they are a source of life, they are a source of oxygen, they are creating possibilities around us to enliven our public."

In October, the orchestra will host UC Berkeley professor and composer Edmund Campion, who also happens to be co-director for the school's New Music and Audio Technologies center.

"He's working on electronics," Ferrandis says, "so I want the young people of this community to realize that electronic music is already mixing with acoustic music. That's a bridge to them. It's to see for the future, to see that we can renew our audience." 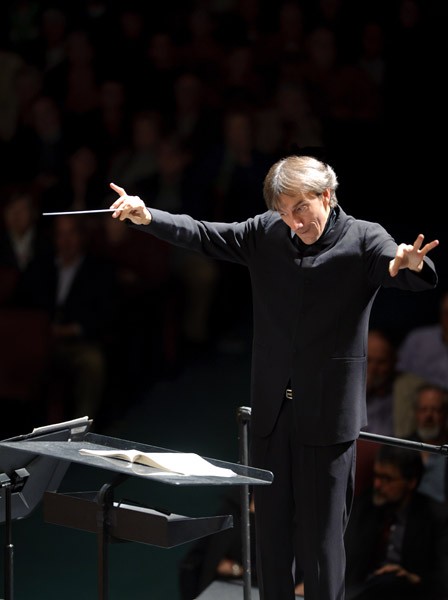 Along that theme, the 2012–'13 season will include the world premiere of Petaluma-based composer Nolan Gasser's Sonoma Overture and the American premiere of Martin Matalon's De Tiempo y de Metal. Ferrandis, Matalon's friend and former collaborator, previously conducted the composer's accompaniment to the famed silent film Metropolis.

The Green Music Center officially opens with a guaranteed- to-sell-out performance by world-renowned pianist Lang Lang on Sept. 29. The next night, the Santa Rosa Symphony kicks off its 2012–2013 season in the new venue with the presence of conductors emeritus Corrick Brown and Jeffrey Kahane.

But even when the symphony plays the classics next season, Ferrandis cautions, audiences shouldn't expect pastoral soothers.

The December program, for example, is a clash—"literally, it's intended by me," he says—between Verdi and Wagner. Both musical greats were born in 1813, and 200 years later, Ferrandis wants to explore their separate works and different styles.

"I don't know if they liked each other, but surely they respected each other," he says, adding, "There's nothing better than a clash."