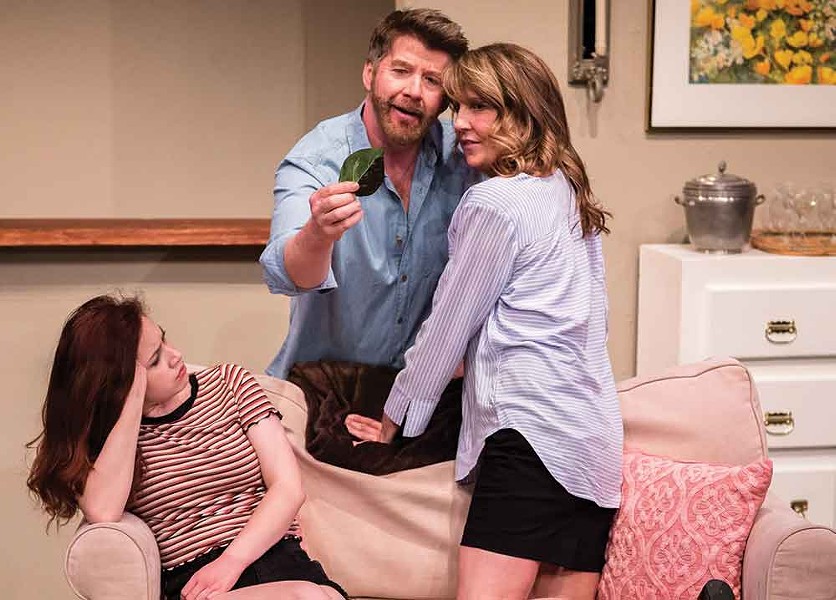 Comedies and dramas occupied North Bay stages for the bulk of 2019. Here, in alphabetical order, are my Top Torn Tickets, the best and/or most interesting comedic and dramatic stage work done in Sonoma and Napa counties in the past year:

After Miss Julie (Main Stage West) One of several outstanding productions at this little theater dynamo, this tale of a love triangle set during political upheaval was brutal in its portrayal of what people are willing to do to get what they want.

Eureka Day (Spreckels Theatre Company) This dark comedy about a charter school and the issue of vaccinations was hysterically funny but may have hit too close to home for some.

Faceless (6th Street Playhouse) Expatriate Craig Miller returned to direct this crackling courtroom drama whose combination of religious, political, personal and legal conflicts made for a gripping evening of theater.

The Laramie Project (Raven Players) This beautifully staged documentation of a community's reaction to a horrendous crime was a stern and too-oft-needed reminder to those who think "it can't happen here" that it can.

Luna Gale (Cinnabar Theater)Liz Jahren's towering performance as a social worker at the end of her rope and great ensemble work allowed this show to get past its directorial idiosyncrasies.

(Spreckels Theatre Company) Who knew that an extension of Jane Austin's Pride and Prejudice would turn out to be the best Christmas show of the season?

Of Mice and Men (Cloverdale Performing Arts Center) An American classic presented in a stripped-down version that retained all the power of Steinbeck's original takedown of the American Dream.

Rapture, Blister, Burn (Lucky Penny Productions) Venturing out of their usual comfort zone of family-friendly musicals and boisterous comedies, this Napa company scored a hat trick with this contemporary look at gender roles—terrific script, strong direction and superb acting. They should produce more like this and audiences should go see it.

This Random World (Left Edge Theatre) This collection of vignettes about the randomness of human connections had everything from laugh-out-loud comedy to touching drama. Everything, that is, but an ending.

Congratulations to the entire North Bay theatre community for a great year on-stage and Happy New Year to all!