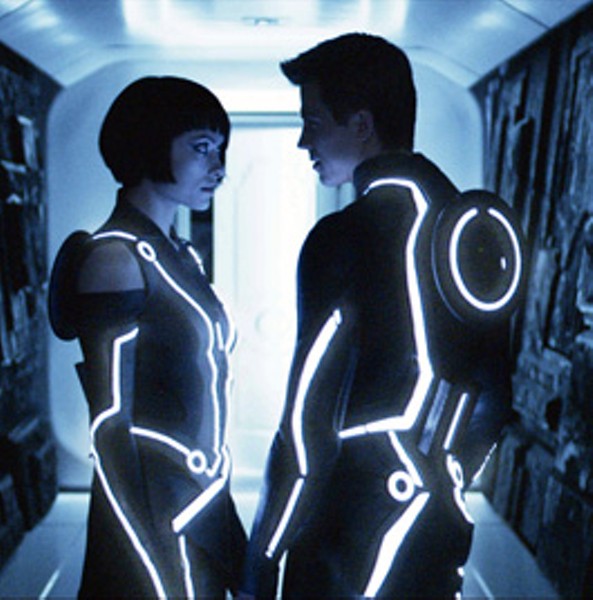 The fatal and the phantasmagorical are the reigning components of this year's holiday filmgoing. At the end of the year, expect rich, purple fantasy and dire tragedy. Blame the ever-darkening days before the solstice, blame the Oscars or, hell, blame the gathering darkness on the inevitable return of the Fockers.

The most seemingly foolproof film in this season's fare is the Coen Brothers' 'True Grit' (opening Dec. 25). Jeff Bridges stars as one-eyed US Marshall Reuben "Rooster" Cogburn, late of Quantrill's bushwhackers and bribed by an adolescent orphan to find a fugitive hiding in Indian territory. It's not a straightforward job. The killer (Josh Brolin) is very bad news, Cogburn is not a young man, and the arrest plans are complicated by a typically fancy Texas Ranger called La Boeuf (Matt Damon) who has a competing claim on the corpus.

Previews indicate this is not at all a remake of Henry Hathaway's magnificent 1969 Western, featuring John Wayne's most affecting acting. That movie, for all its beauty and sadness, lacks the Twain-worthy comic understatement, the evil humor and the dark places of Charles Portis' novel. The Coens are the perfect savage humorists to adapt the book's lurking darkness more faithfully, as seen in the best parts of No Country for Old Men. Moreover, they've retrieved the book's settings, the sticks, briars and swamps of Arkansas, and the plains of Oklahoma, the ever-mysterious Sooner State. Can anyone who loves the "the rare, fragrant Dude," in film critic David Thomson's words, wait to see Bridges in the role?

Meanwhile, in the world of CGI, Harry Potter survives the blitzing of Hogwarts—or does he? The cliffhanging 'Harry Potter and the Deathly Hollows, Part 1' (Nov. 19) aims to help the viewer forget that closure must wait until next July. Some new swashbuckling amid evangelizing fantasy may be present in 'The Chronicles of Narnia: The Voyage of the Dawn Treader' (Dec. 10), while 'Tron: Legacy' (Dec. 17) is a retro-future sequel exploring the revived sentient video game, with its cold neon, hot cycles and the aforementioned Bridges as the inventor imprisoned in his creation.

'The Illusionist' (opening Dec. 25 in limited release) proposes a bolder use for (flat) animation: bring back Monsieur Hulot! Sylvain Chomet (The Triplets of Belleville) directs this never-produced script by the elegant and strange Jacques Tati, star of Monsieur Hulot's Holiday. Nov. 24 sees the release of Disney's 'Tangled,' a cartoon updating of the Rapunzel myth overseen by the utterly reliable John Lasseter of Pixar.

All films mentioned are guaranteed to be in better shape than the ballet-free 'Nutcracker' (Nov. 24). John Turturro is the Rat King trying to enforce a thousand-year Reich by carrying out a toy shoah, complete with ovens and smokestacks. Like the wooden hero—snappily referred to as "N.C." for today's OMG lol kidz—viewer's jaws will be on the floor. Elle Fanning, who plays the little girl Mary in this catastrophe, turns up again in 'Somewhere' (December release). Sofia Coppola directs Fanning as the daughter reviving a jaded film star (Stephen Dorff) cooling his heels at the Chateau Marmont.

The concept is high as the hero's belt-buckle in 'Gulliver's Travels' (Dec. 22). Previews emphasize the contrivance of getting a nobody (Jack Black) to the isle of Lilliput, with the princess played by Emily Blunt. 'Yogi Bear' (Dec. 17) unites the drawling cartoon bruin with his old adversary Ranger Smith to foil a privatization scheme to sell Jellystone Park. Whatever happens, the real Yogi Berra is still alive.

'Burlesque' (Nov. 24) and 'Black Swan' (December) have as their subject the travails of the stage. The first offers the glitz of Christine Aguilera and Cher as rivals in a cabaret. The latter, apparently a salute to Michael Powell's Red Shoes, features the psychotropic reveries of Natalie Portman cracking under the strain of ballet, with director Darren Aronofsky (Requiem for a Dream) turning up the pressure.

Romance has its chemical side in 'Love & Other Drugs' (Nov. 24) with Jake Gyllenhaal as a Viagra salesman in love with Anne Hathaway, while 'I Love You Phillip Morris' (December) sees Jim Carrey and Ewan McGregor taking bromance to its natural conclusion at last. Carrey is a closeted Texas cop who decides to bust his life open; McGregor is the prisoner with whom Carrey is a prisoner of love.

As for the end of the year . . . From the director of Babel, we have 'Biutiful,' a guided tour of Barcelona trash dumps led by a semi-criminal (Javier Bardem) dying horribly of prostate cancer. (It has its redemptive side.) Based on the celebrated play, 'Rabbit Hole' (Dec. 17 or 25) stars Aaron Eckhart and Nicole Kidman as parents dealing with the accidental death of their son.

The prospect of a new one by Leigh lightens the thought of a new year—of January floor sweepings and multiplexes clogged with 'Little Fockers' (Dec 25) . . . and looking at a title like that, one can only say the f-word aloud.