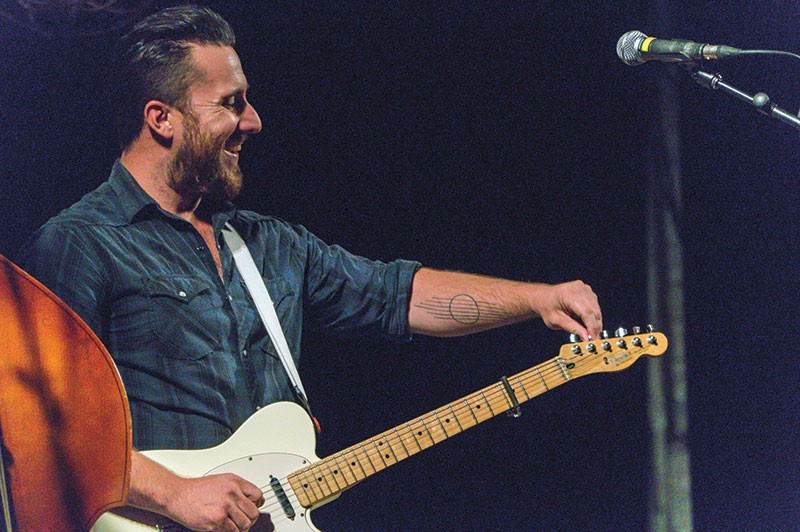 Our annual NorBay Music Awards online readers' ballot received its biggest turnout ever, and this year's winners include a lot of new faces among the North Bay's favorite bands, venues, promoters, DJs and more. The 2018 NorBay Music Award winners are:

Bloomfield Bluegrass Band While the band is only a year old, its members have been active in the Northern California bluegrass scene for decades. facebook.com/BloomfieldBB.

The Dylan Black Project Soulful band remains a fixture at community concerts and gets the crowds moving. thedylanblackproject.com.

Fly by Train Penngrove's folky five-piece band can ride the rails with the best of them with a self-described railroad-roots sound. flybytrain.com.

Justin Schaefers & the Blind Barbers With a frontman who just enrolled at the Berklee College of Music in Boston, this outfit's future is bright. blindbarbers.com.

DJ Cal Sonoma DJ is a favorite of the North Bay nightlife and spins a dance party mix of EDM and hip-hop. deejaycal.com.

Brian Griffith (KRCB) Start your mornings with music from Griffith's weekday show airing 9am to noon on KRCB 91.1-FM. radio.krcb.org.

Jake Ward The North Bay Cabaret's master of ceremonies is everything that's awesome about the region's music and arts scene. facebook.com/jakewardpresents.

Railroad Square Music Festival Outdoor event in the heart of Santa Rosa is summertime must for music lovers. railroadsquaremusicfestival.com.

Last week, over twenty North Bay musicians, promoters, venue owners and other musical luminaries came together for the Bohemian's 2018 NorBay Music Award Winners Party at Beer Baron in downtown Santa Rosa. Scroll through the slideshow to see the fun.