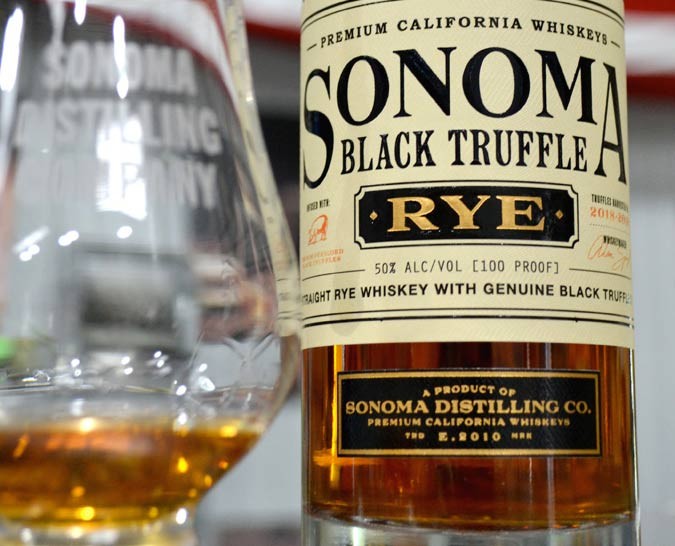 While the menu card from the first Thanksgiving at the Plymouth Colony in 1621 may be lost to history, it's a fair bet to say the meal wasn't washed down with Beaujolais nouveau. Nor did the colonists have much else on hand by that time, much to the disappointment of the first Native American who showed up at the colony and (according to writer Tony Horwitz's well-researched but lighthearted 2008 book, A Voyage Long and Strange) addressed them in English and asked if they had any beer.

Fogbelt Brewing Company's Obelisk barrel-aged dark sour ale ($10 375ml, $20 750ml) endured a long (and some might think strange) voyage of its own—20 months in barrels that previously held Zinfandel and Petite Sirah. The dark hue and creamy head says "stout," but the tangy flavor says "casks of wine," while the aromatics suggest brown, sugar-crusted yams and mincemeat pie. One for the drumstick crew, Obelisk might inspire the most skeptical national-brand drinker to take another irresistible sip.

Lost Orchard Pommeau ($38 500ml) is a new way to enjoy the fruits of Sonoma County's apple harvest. But it has old roots in Calvados, where they blend unfermented juice with apple brandy and age it in barrels. This aperitif, two-thirds juice from Tilted Shed Cidery's 2017 harvest of heritage apple varieties (pictured on the label) and one-third Gravenstein apple brandy distilled by their neighbors, Sonoma Brothers Distilling, comes in at an alcohol content of 19.5 percent. Tasted from the barrel this summer, the pommeau is an elixir of concentrated apple—not too sweet, but everlasting on the finish, with the contrast of fresh apple singing like it's still September, and the complex flavor of long aging in barrels. Can there be a better Thanksgiving aperitif?

Sonoma Distilling Company's Sonoma Black Truffle Rye ($85) may be the nightcap ne plus ultra to this most gourmet celebration of humility. For the past four years, founder Adam Spiegel has gone to the trouble of importing pricey, French Périgord truffles and steeping them in a barrel of three-year aged rye—until they melt away. It's novel, but no mere novelty. Having a cold, my nose wasn't set to "truffle dog" when I sampled this spirit, but the subtlety is part of Spiegel's style. The truffles nuance the whiskey with a savory note, and it's silkier than other young ryes—more like a much-older Scotch.